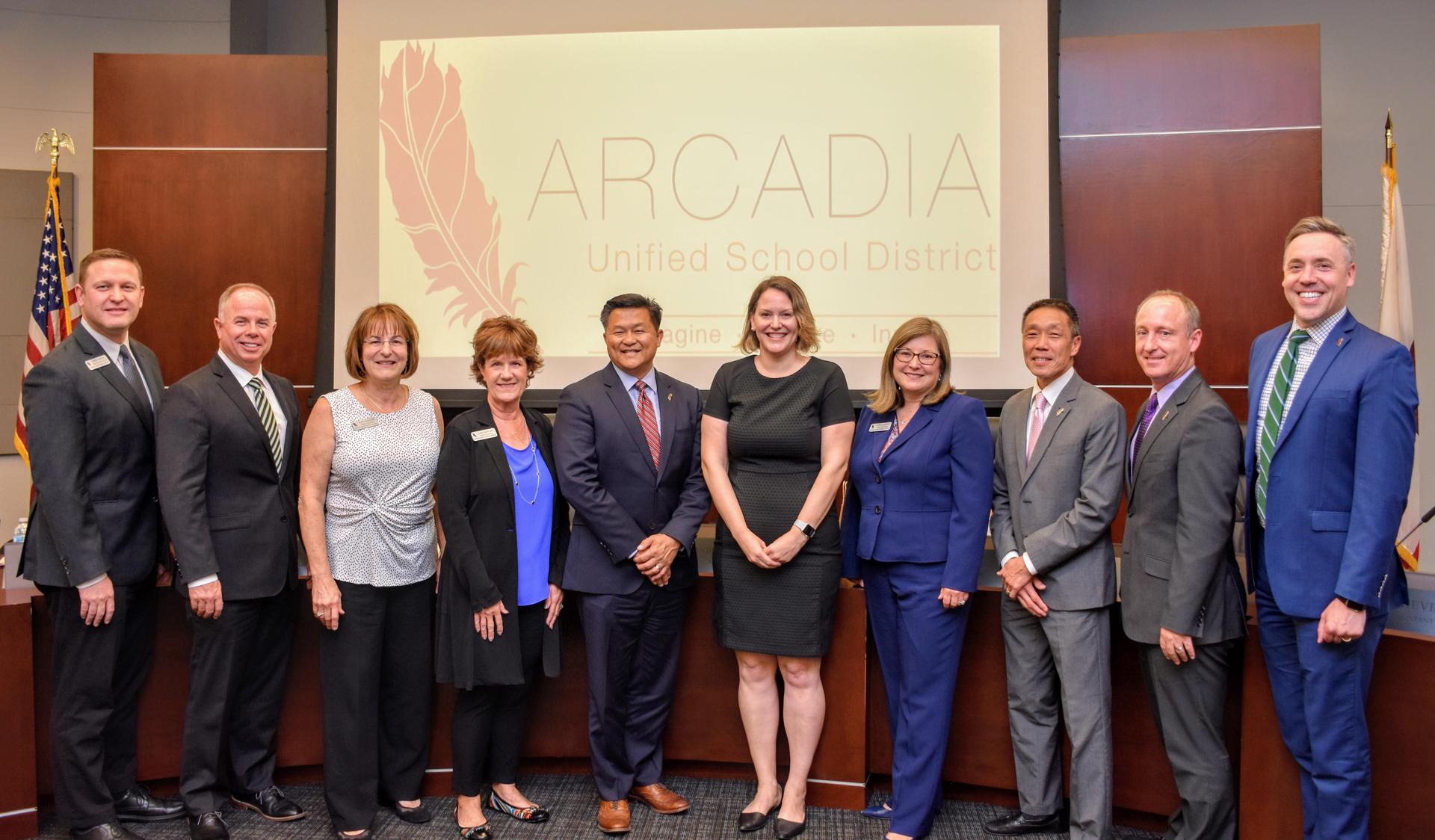 After vetting a pool of competitive candidates and a rigorous interview process, the Arcadia Unified School District has announced Angie Dillman as the next principal of Arcadia High School.


In a unanimous Arcadia Unified Board of Education vote at its May 28, 2019 board meeting, Dillman was approved to succeed seven-year Arcadia High principal, Dr. Brent Forsee, who was also unanimously named Arcadia Unified’s next Assistant Superintendent of Educational Services. Dr. Forsee succeeds Dr. Jeff Wilson who was recently appointed as Superintendent of San Marino Unified.

“When Angie rejoined our Apache family last year as an assistant principal, we were ecstatic to welcome her back home,” shared Dr. Forsee. “She epitomizes empathy and team building and approaches everything she does with a lens of what’s best for students; our Apaches are in good hands.” 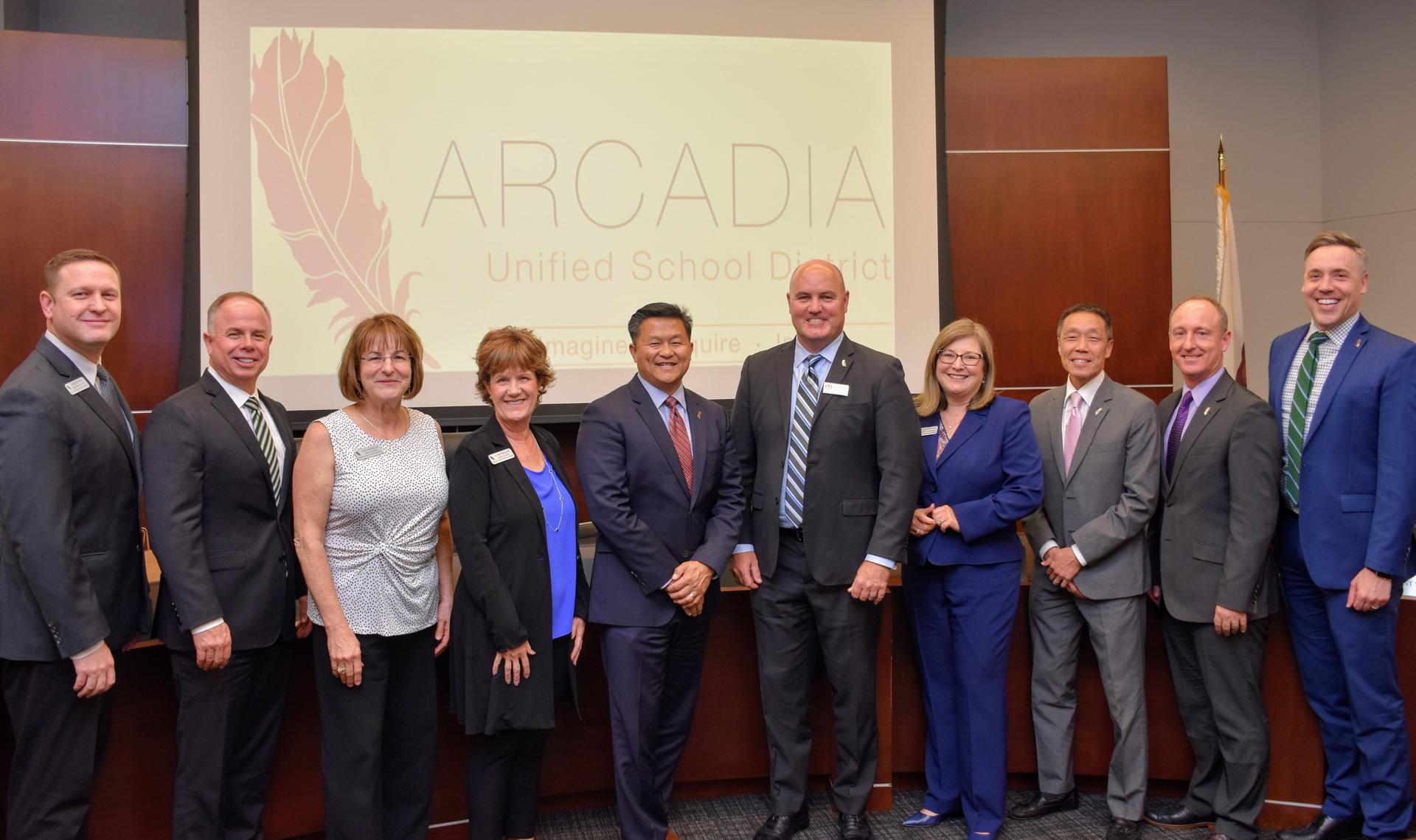 (Dr. Forsee and Arcadia Unified's Board of Education and Administration Team)

Dillman has been a member of the Arcadia Unified team since 2010. Starting her career with the district as a social science teacher at Arcadia High, Dillman was promoted to Arcadia High’s Activities Director in 2013 and assumed the role of Assistant Principal of Foothills Middle School in 2014. After a stint as principal of Crittenden Middle School in Mountainview, Calif, from 2016 to 2018, Dillman returned to Arcadia where she has served as an Assistant Principal at Arcadia High for the past year.


“I am thrilled to be the next principal of Arcadia High School, a place that has become a second home,” said Dillman. “This is such an honor and I am truly grateful and humbled by the trust put in me by our district leadership.”


When asked about her leadership style, Dillman shared, “I am always open to new ideas, and I will look at our organization from multiple perspectives through input from our stakeholders in order to build a shared vision of growth and progress among our teachers, staff, administration and our many student and parent organizations.”


Both Dr. Forsee and Dillman will assume their new roles on July 1, 2019. With a vacancy left for an Assistant Principal spot at Arcadia High School, the search is already underway for the newest team member who will round out the team of four assistant principals at the Home of the Apaches. 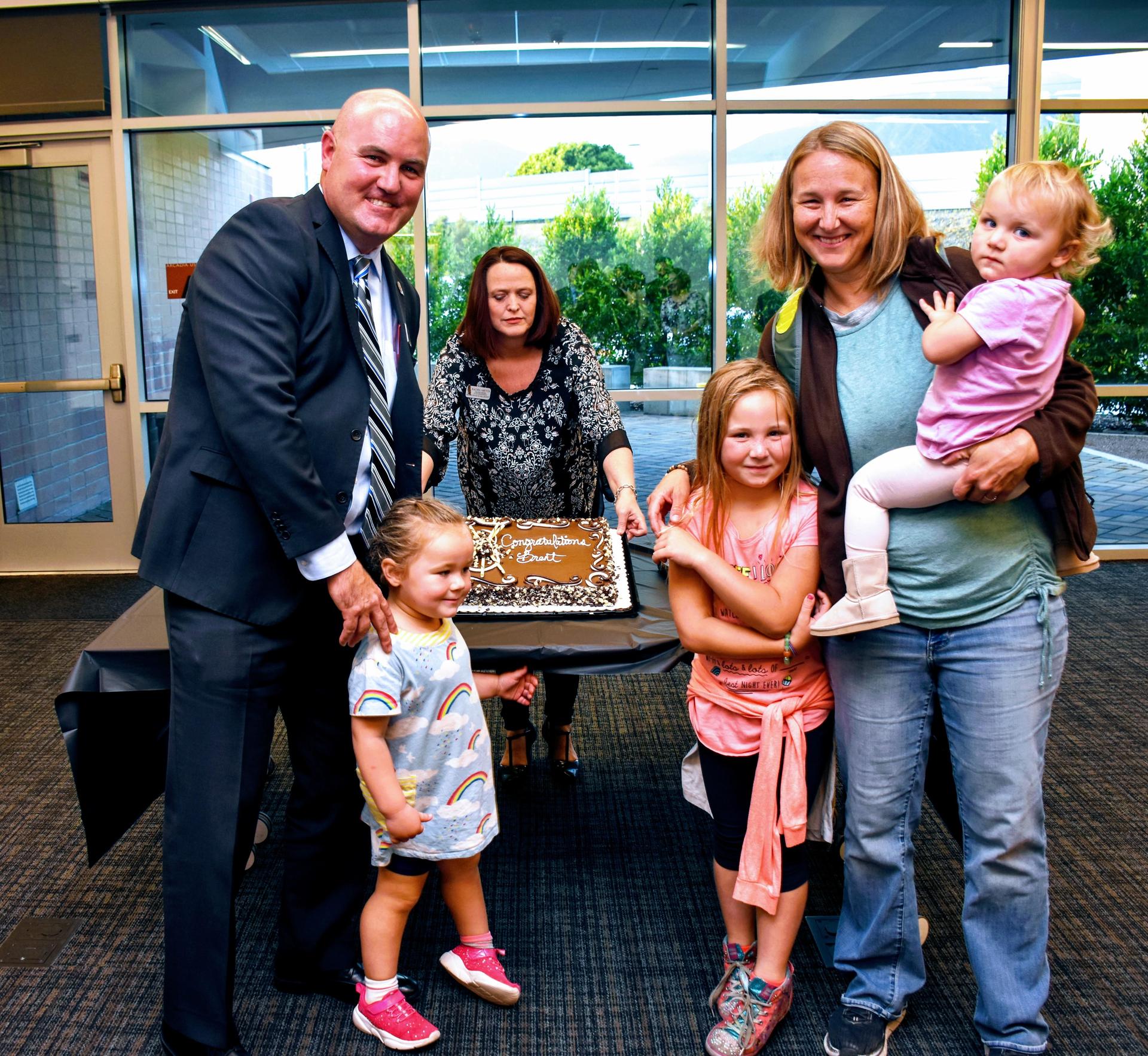 
Dillman will look towards continuing and building on the excellence Arcadia High School has become known for, which includes being named a Gold Medal School by U.S. News and World Report on three separate occasions. Arcadia High has also been named in the top 1% of all U.S. public high schools, while also landing in the top 1% for having the best public high school teachers in the country according to Niche. In addition to annually being recognized as one of the best public high schools in Southern California and the Los Angeles area, last year Arcadia High School’s graduating class had a remarkable 100% graduation rate. The Apaches currently have alumni at every Ivy League University in the country plus Stanford and MIT. Arcadia High also boasts one of the best performing arts programs in the country and an athletics and sports program that has many of its teams in the CIF playoffs every year competing for regional and state championships.

An Ohio native, Dillman completed her undergraduate studies at the University of Dayton before pursuing a credential in secondary teaching at the University of California, Riverside, and a masters degree from California Baptist University. In addition to her time served as a teacher and in various leadership roles within the Arcadia Unified School District, Dillman started her teaching career working in Poland and Italy before coming back stateside where she taught social science and served as the Department Chair at Norco High School for six years. 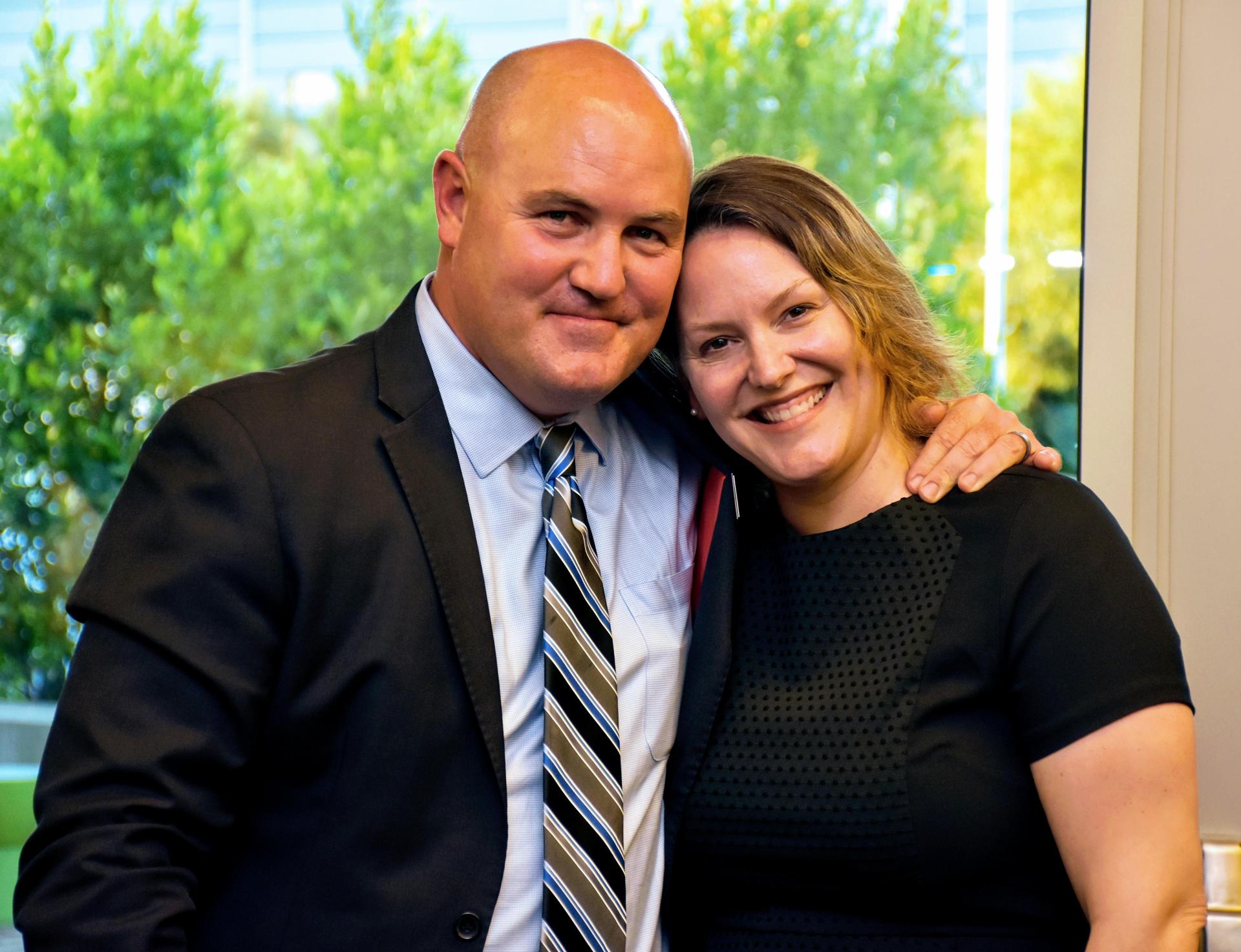 (Dr. Forsee and Ms. Dillman, who have been colleagues for over 10 years)


As for Dillman’s hopes moving forward for Arcadia High, “ [I want to] continue the tradition of excellence while supporting our students to achieve in a healthy, well-balanced way. Our duty as educators is to open as many doors as possible for all of our students so that they have a great variety of opportunities available to them. My hope is to continue to ensure that each of our students leaves Arcadia High with the confidence, skills, well-being, and tenacity to achieve their dreams and find success wherever life takes them.”