Arcadia Unified Named in the Top 5 Best Places to Teach in California!

Arcadia Unified recognizes 24 of its employees each year through its Profiles in Excellence program. Read more here!

Arcadia High's Marching Band and Color Guard are the first high school students to be invited to perform at SoFi Stadium!

Click here to see a highlight of the important work our Arcadia Unified custodians do to keep our schools clean and safe. 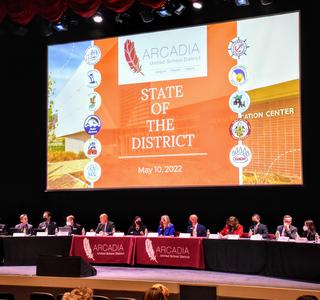 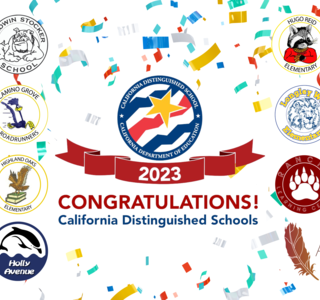 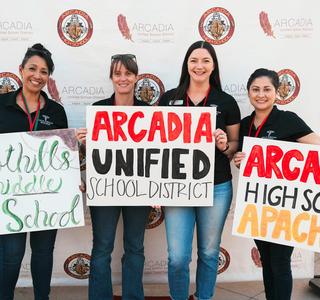 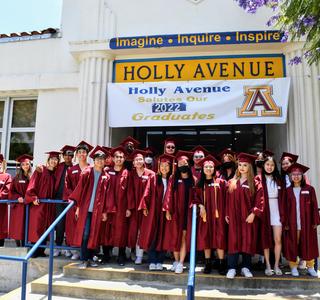 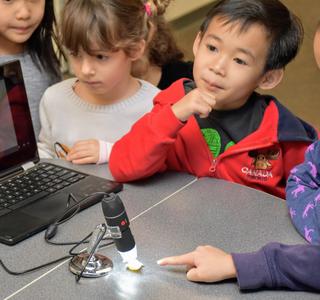 Enrollment for the 2022-23 school year is now open and permit applications for non-Arcadia residents are available. Click here for more info! 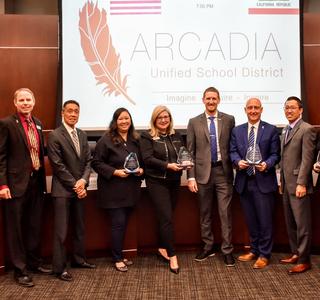 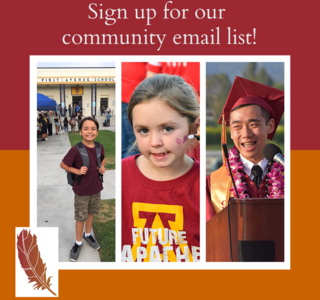 Stay informed by signing up for our community email list here! 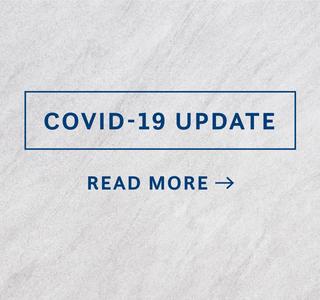 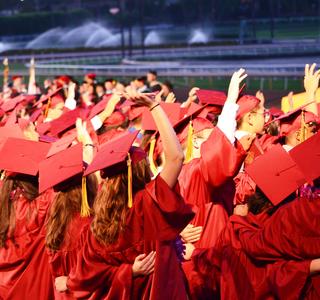 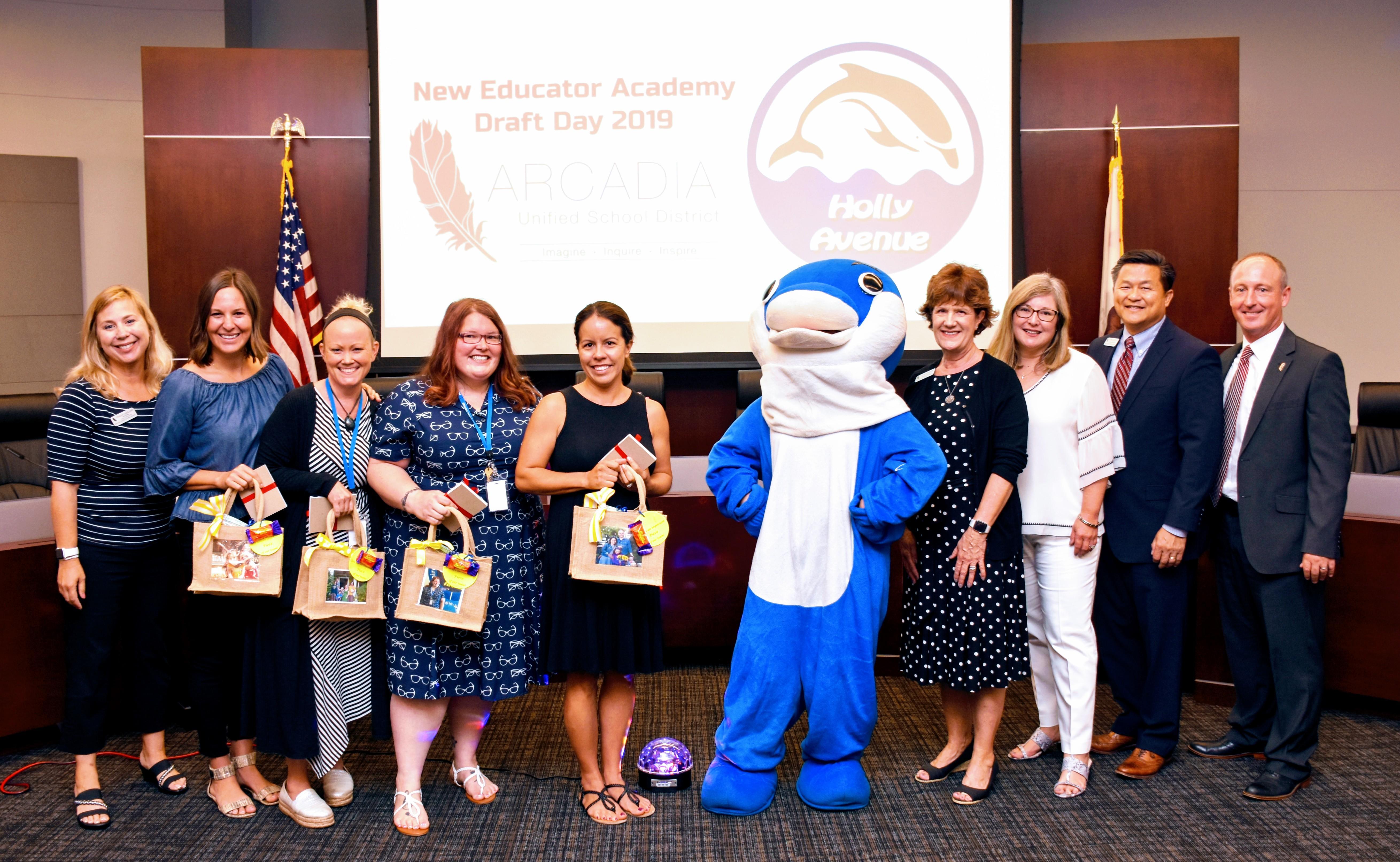 • Ranked top 1% of best school districts in America by Niche
• All schools National Blue Ribbon or CA Distinguished
• Arcadia High U.S. News & World Report Gold Medal School
• Ranked top 1% of districts with the best teachers in America
• 11 Schools, approximately 9,500 students
• Located in Arcadia, California in Los Angeles County
Ranked in the top 1% of school districts in America by Niche, the Arcadia Unified School District is a nationally renowned public school district that proudly educates nearly 10,000 students throughout 11 award-winning schools. Nestled in the San Gabriel Valley in Southern California, all schools are located in Arcadia, California. Business Week named Arcadia as the “best place to raise your kids” in the entire state of California on two separate occasions.
The District consists of 11 schools: six elementary schools, three middle schools, one high school, and one alternative school and outreach program. In addition to numerous National Blue Ribbon and California Distinguished schools throughout the district, Arcadia High School has been named a U.S. News and World Report Gold Medal School three times, named to Newsweek’s Top Public High Schools in America list, and ranked among the top two percent of high schools in California according to Niche. 2017 marked the second straight year that Arcadia High’s graduating class had at least one student accepted into every Ivy League University in the country. The District is committed to educational excellence, and this commitment is reflected in the outstanding achievements made by its students, faculty, staff, and leadership each school year. Each of the District’s ten comprehensive schools has an Academic Performance Index (API) score, which measures both academic performance and improvement, well above the state target score of 800 (out of 1,000) and the county and state averages. Highly qualified, dedicated, and professional, the District’s teaching staff is exceptional. With various professional development opportunities, conferences, staff development workshops, collaboration time, and learning walks, the Arcadia Unified faculty stays ahead of the curve to ensure a rigorous, vertically aligned curriculum that fully prepares students for college and career. In 2015, the district began hosting the Arcadia Innovation Summit, one of the premiere educational conferences in the country that is free of charge.
In 2006, the Arcadia community demonstrated its generosity and its commitment to education by passing a $218 million bond measure for the refurbishment and modernization of school facilities across the District. Working with an advisory group comprised of Arcadia residents, parents, and community members, the District’s Board of Education and facilities team has successfully managed the project, which has upgraded school technology and renovated all classrooms, libraries/media centers, science labs, sports/recreation facilities, and arts and music education spaces, creating high-tech classrooms and learning environments throughout the entire district.
In 2017, the Arcadia community once again supported its schools by extending Measure A, a parcel tax that will last 18 years and generate approximately $77 million during its lifetime that goes directly to Arcadia Unified schools.
As one of the most innovative school districts in the country, Arcadia Unified’s goal is to champion students and staff to Imagine, Inquire, and Inspire. The purpose of the District is to challenge and inspire students to make a positive and profound impact on their world.
Read More

For the first time ever, all six of Arcadia Unified’s elementary schools and its alternative learning program concurrently earned this distinction. Read more here. 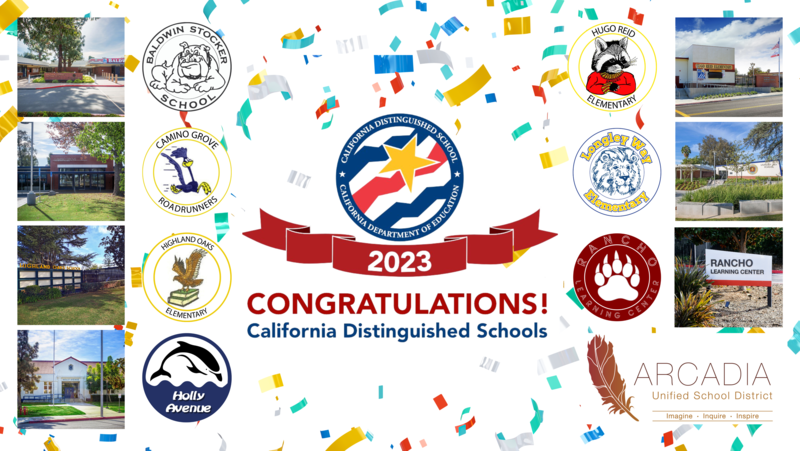 We would like to help inform and provide our parents, staff, and community with resources so we can work together to help protect our students and community as best we can from this dangerous drug. 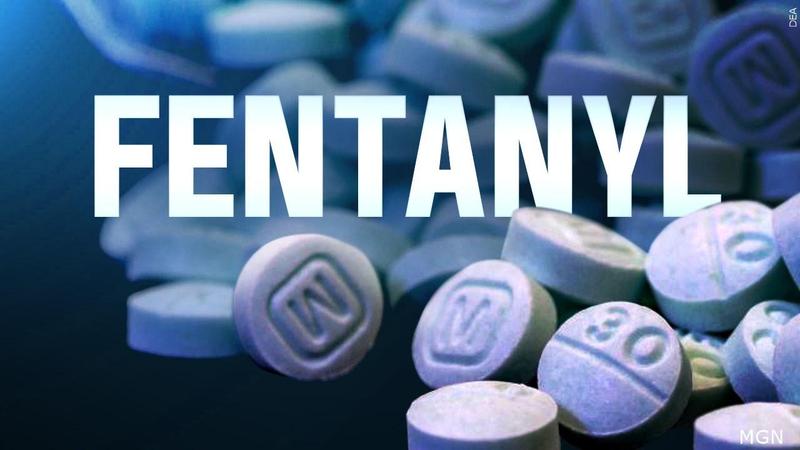 Arcadia Unified has been recognized as one of the top five best places to teach in California and is the #1 Best Place to Teach in Los Angeles County and the #50 Best Places to Teach in America, according to Niche. 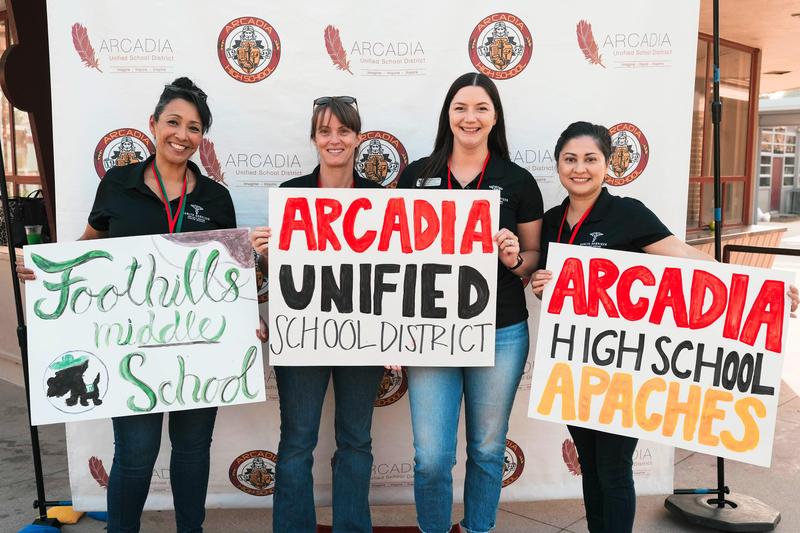 Did you know Arcadia High students created an ap for their school? Read more about how they're continuing to add to its usefulness for all users. 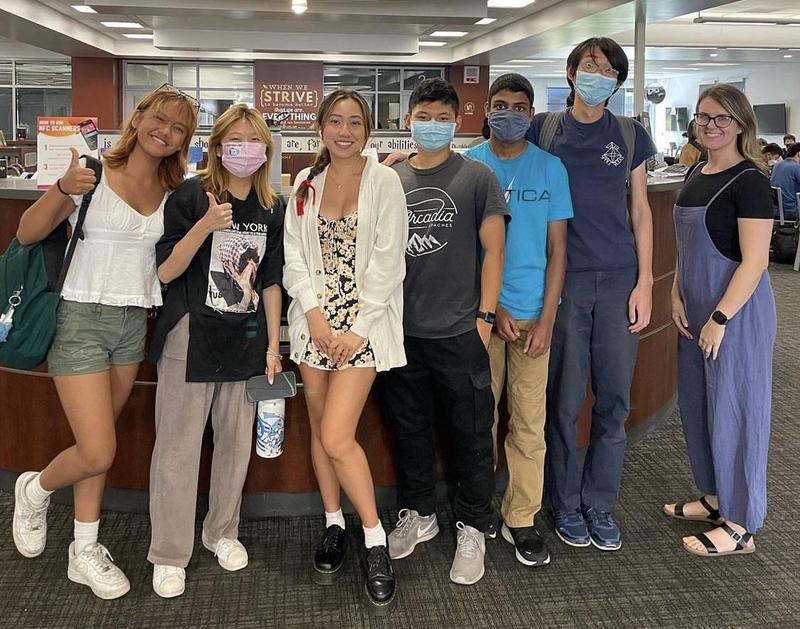 Tweets by FirstAveMS
Show All News

Show All Events
Our Purpose:
To challenge and inspire students to make a positive and profound impact on their world.