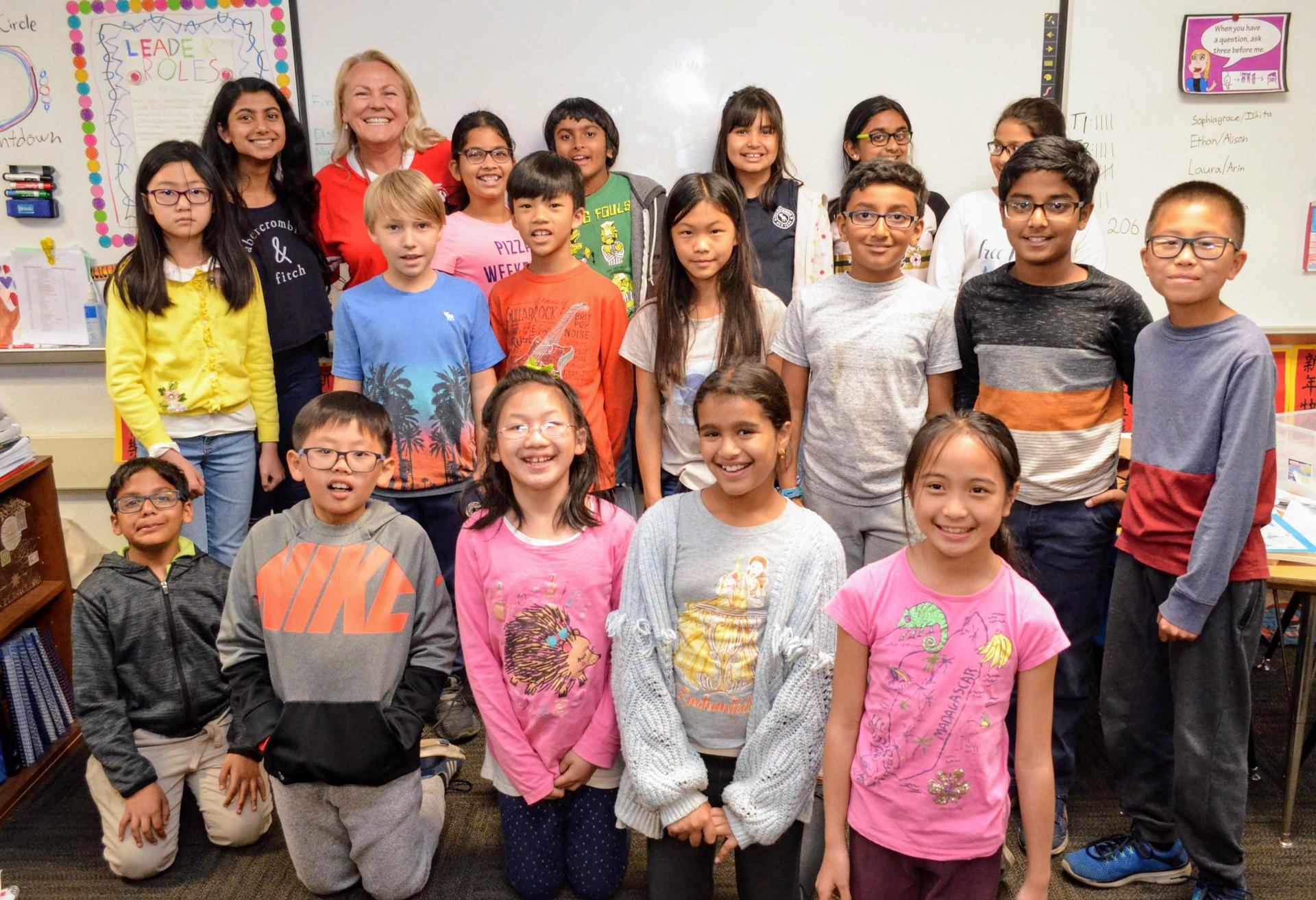 What do one motivated Arcadia High School student and an idea to pay it forward equal? Arcadia Math Circles. Masterful mathematician/Arcadia High junior Aditee Prabhutendolkar saw a real-world math problem she wanted to solve and got to work, creating a free after-school math enrichment program for Arcadia Unified students that has grown exponentially. What started as 30 students at one Arcadia Unified school site, Arcadia Math Circles are in nearly every elementary and middle school in the district, boasting over 100 students circling up over their excitement for math.

Through a very competitive application process, Prabhutendolkar was selected to join the University of California, Los Angeles’ (UCLA) Math Circle, a free math enrichment program for the best and the brightest. This program allowed Prabhutendolkar, then in her first year of middle school, to explore math in ways she had not known were possible. After two years of participating in UCLA’s Math Circle, Prabhutendolkar’s math musings began to center on how she might be able to bring this sort of program to elementary school students, providing them access to pursue their love for competition math and to improve their math skills before they enter middle school.

“Public schools lack funding, and some after-school enrichment programs can be pretty expensive,” explained Prabhutendolkar. “I wanted to find a way to bring the free opportunity I had through UCLA to students in my school district.”

Prabhutendolkar described math circles as centering on giving younger students access to more competition-style math, which she hopes will inspire students to pursue competition math in high school and also provide students who are craving more math advancement opportunities with a cost-effective option.

Ultimately, Prabhutendolkar turned herself into the solution for the problem, deciding to run her own weekly, hour-long math circles for students in her district. She reached out to the principal of her alma mater elementary school, Arcadia Unified’s Baldwin Stocker Elementary School, where she was received with support and encouragement to establish her first math circle. 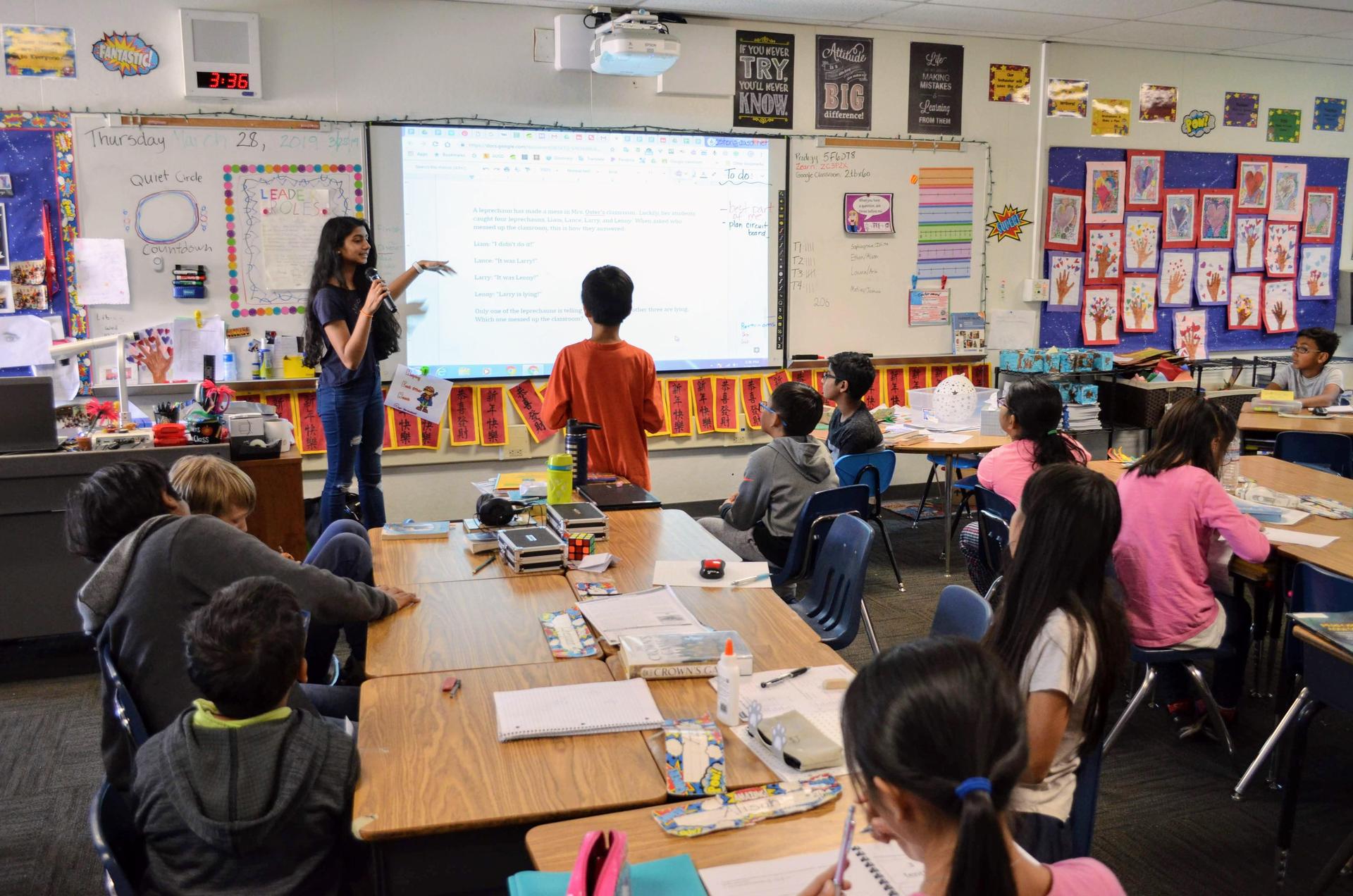 Prabhutendolkar working with students in an Arcadia Math Circle to solve a logic/reasoning word problem.

In order to run her math circle on campus, Prabhutendolkar had to create math lessons, establish class rules, and outline behavior expectations that she then communicated to parents. She also had to secure a teacher who would be willing to open his or her classroom and host the weekly, hour-long math advancement program.

“It wasn’t until college that I found an educator who made me believe I could love math,” shared Baldwin Stocker fourth-grade teacher Cristi Oster, who, without hesitation, agreed to let Prabhutendolkar use her classroom for math circles. “It’s wonderful to see Aditee engage with our students, helping them further cultivate their love for math, and it’s fun to watch their excitement when they come up with the answer.”

Upon sharing the program details with Baldwin Stocker’s fourth and fifth grade families, over 80 applications were received. As talk of the math circle opportunity at Baldwin Stocker circulated, parents from other Arcadia Unified schools began to approach Prabhutendolkar to see if she’d be willing to teach their students as well, some of whom, Prabhutendolkar mentioned, volunteered to help find venues to host the math circle expansion.

“My vision for the program was to make this a streamlined, district-wide program,” elaborated Prabhutendolkar, who also wanted to create opportunities for student leaders to teach these math circles as the program scaled out to each Arcadia Unified school.

Connecting with Arcadia Unified mathematics teaching coach Brad Smith, Prabhutendolkar partnered with Smith to brainstorm on the best ways to expand these math circles to the remaining five elementary schools and three middle schools in the district.

“One of our main focuses in our district is fostering student agency and supporting student voice, and we love project-based learning,” said Smith. “After hearing about what Aditee started at Baldwin Stocker and hearing her passion for math, which nearly rivals mine, I wanted to support her efforts however I could.”

Smith and Prabhutendolkar worked together to create informational meetings for parents through school PTA’s, and Prabhutendolkar met with school site principals to discuss the math circle program and sought help identifying teachers who would be willing to host the circles in their classrooms.

“A lot of students view math as something you have to do and dread it,” expressed Kolla. “I want to teach students problem-solving techniques that they can apply to real-world math problems. I want them to see the beauty found in math. My favorite part of the circles is when a student ‘gets it’ and shouts ‘Oh!’" 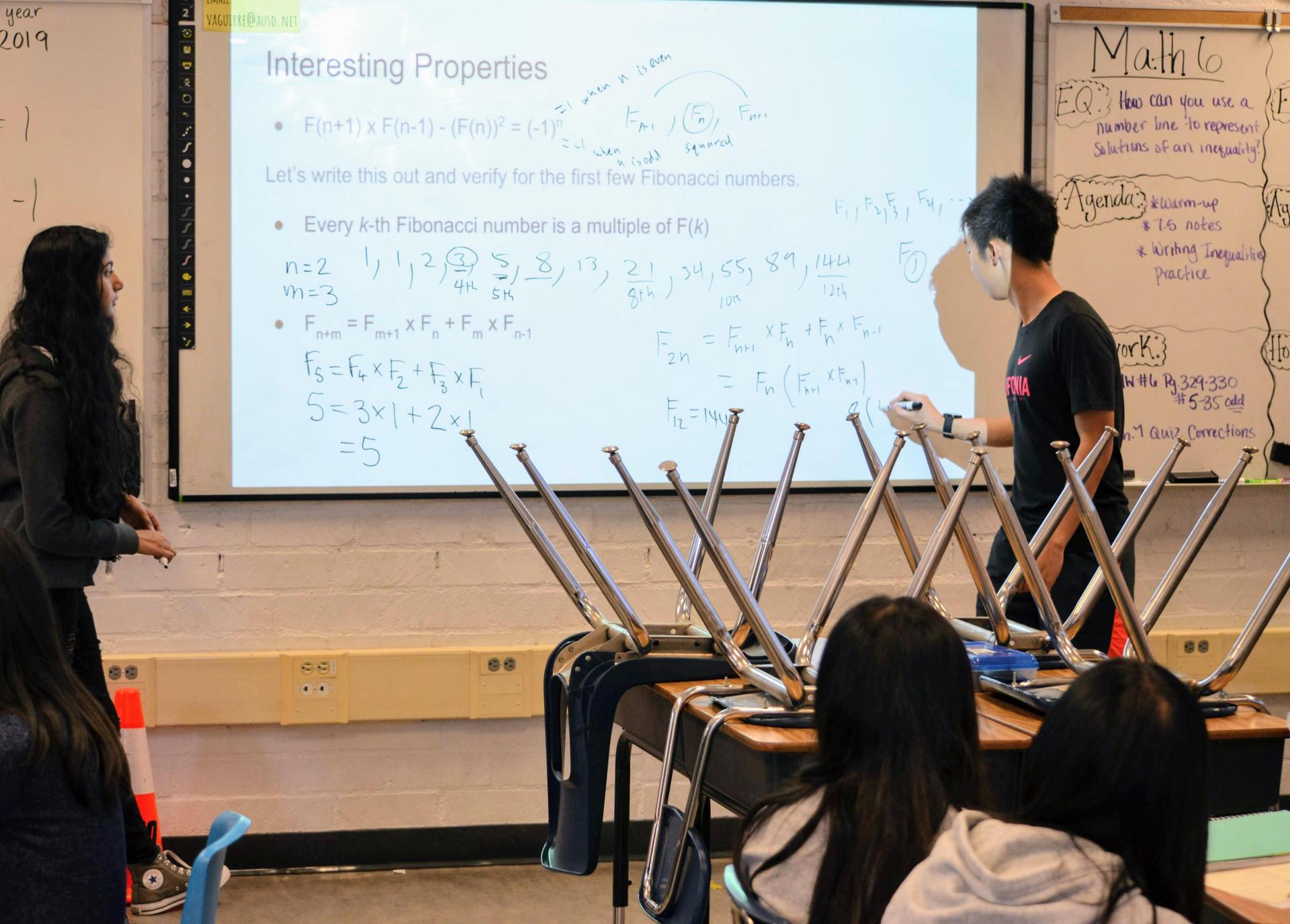 Another Arcadia Math Circle teaching recruit and Arcadia High sophomore Merrick Hua was eager to join Prabhutendolkar’s efforts when he learned of the teaching opportunity. “Not only do I get to see these kids grow under my guidance, but I improve in my skills as I teach them […] teaching a concept that I learned a while back helps to reinforce it in my mind, so it’s a win-win,” said Hua.

Though Prabhutendolkar sees her future in the medical field, specifically neurosurgery, her advice to those seeking to solve a problem is universal–“Don’t be afraid of the potential challenges. Get to solving the problem; no one else will solve it for you.”

Listen to an interview with Aditee Prabhutendolkar on the Arcadia Math Circles as Arcadia Unified Digital Communications Intern Jeffrey Lee sits down to discuss the magnificent math program: