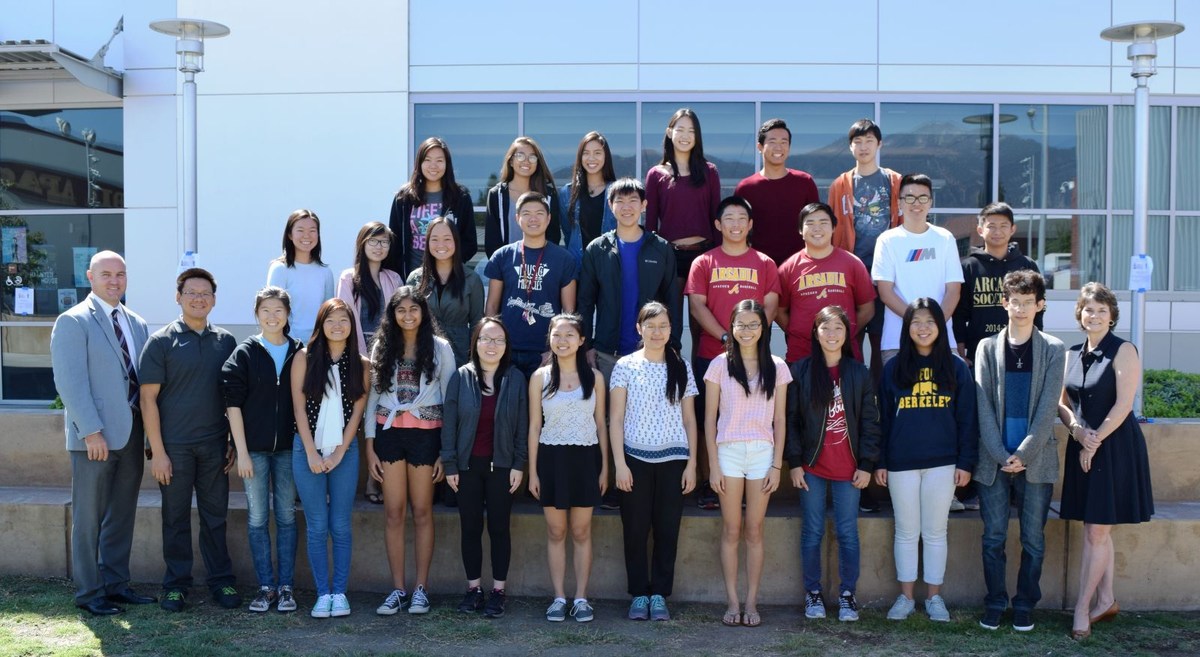 “Going into the test, I wasn't sure what to expect, because the class of 2017 was the first to take the redesigned PSAT/NMSQT,” said Arcadia High Senior Simone Chu. “I'm really glad that the education I've received in AUSD prepared me for anything and everything that might come my way--and I'm ecstatic to have been named a National Merit Semifinalist! The long wait for results was nerve-wracking, but finding out that the work I put in had paid off made it all worthwhile.”

Approximately 1.6 million juniors in more than 22,000 high schools entered the 2017 National Merit Scholarship Program by taking the 2015 Preliminary SAT/National Merit Scholarship Qualifying Test (PSAT/NMSQT), which served as an initial screening of applicants. Of the 16,000 semifinalists named, about 15,000 are expected to advance to the finalist level. Last year all 15 Arcadia High School semifinalists were named finalists. In 2014 all 31 Apaches who were named semifinalists were also named finalists. The same trend occurred in 2013 with the 22 Arcadia High students who were recognized.

“This is always such an exciting and distinguished honor for our students,” said Dr. David Vannasdall, Superintendent of Arcadia Unified School District. “It also speaks volumes to the quality of teachers we are fortunate to have throughout the entire district.”

To become a finalist, the semifinalists and their high schools must submit a detailed scholarship application, in which they provide information about the semifinalist’s academic record, participation in school and community activities, demonstrated leadership abilities, employment, honors and awards received, and satisfy other academic criteria.