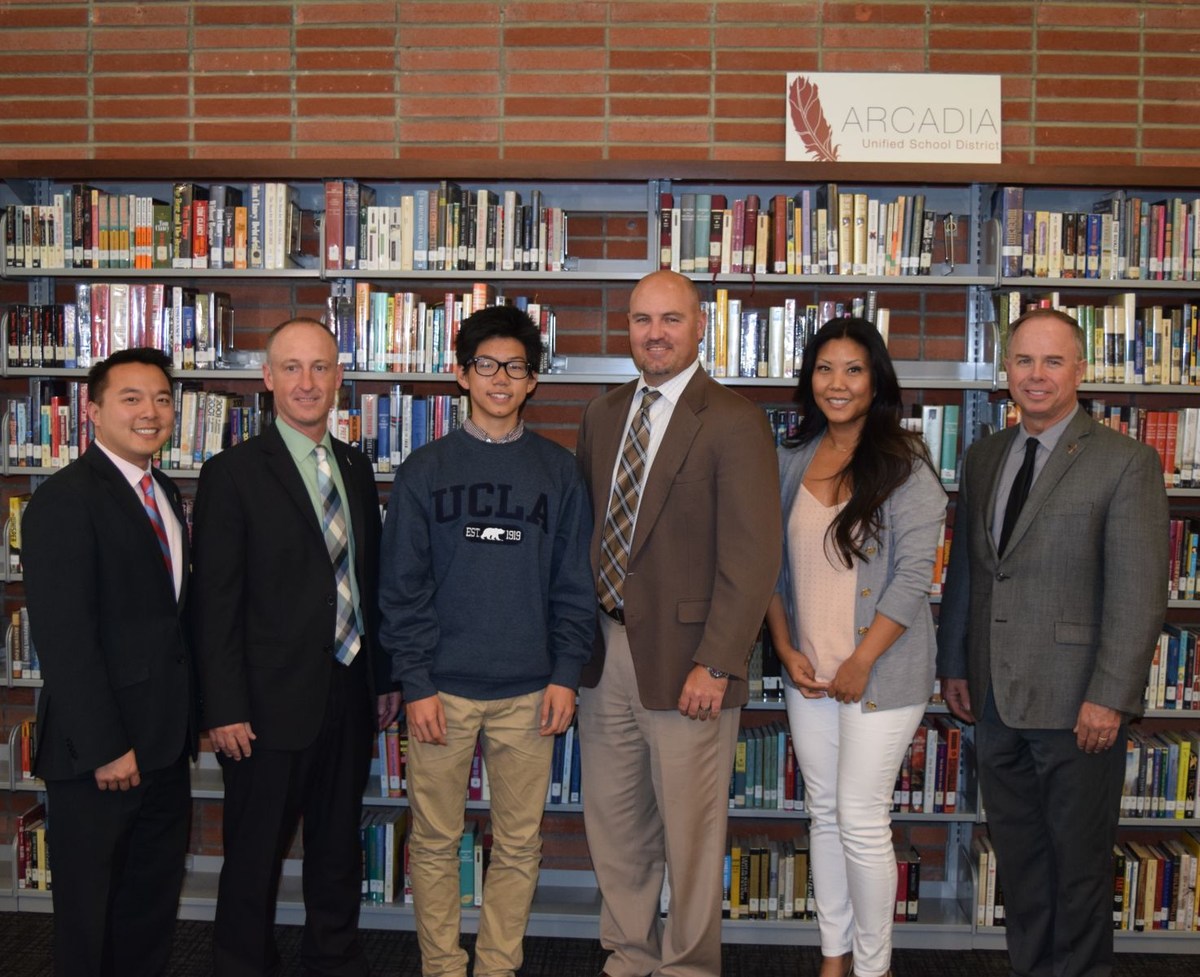 For the second straight year, an Arcadia High School student is awarded the prestigious Gates Millennium Scholarship. Arcadia High senior Phillip Chao is one of just 1,000 students nationwide to earn the coveted scholarship that will pay for both his undergraduate and graduate education with all school related expenses being covered in full. The value of the scholarship could exceed $500,000.

Funded by the Bill and Melinda Gates Foundation, this year’s applicant pool for the Gates Millennium Scholarship was one of the largest since the program’s inception in 1999, with more than 53,000 applications received.

“I screamed when I found out that I received the scholarship,” Chao said with a laugh.

Chao moved to Arcadia from Shanghai when he was six years old. He said his parents selected Arcadia because of the excellent school district. Chao was in first grade when he started in the Arcadia Unified School District at Holly Avenue Elementary School. 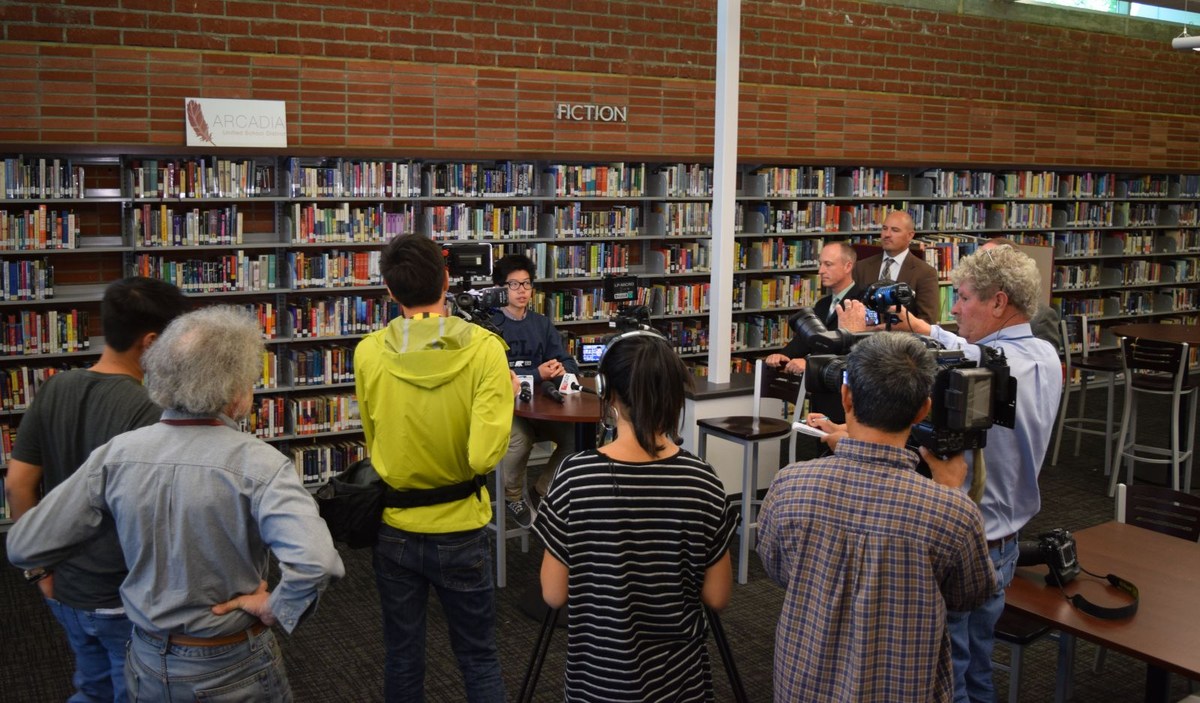 “I didn’t speak a word of English when I got here, but my ELD teachers really pushed me and helped me a lot,” Chao recalled.

Chao credits the Arcadia Unified School District’s English Language Development (ELD) program, and his own persistence, for helping him master English as his second language to his native Chinese. He continued to make great progress at First Avenue Middle school where he took his first drama class and was hooked. Chao’s passion for theatre and acting has landed him several national television commercials. He has appeared in commercials for Toyota, JCPenney, and Time Warner Cable, to name a few. His latest role will have him appearing on the silver screen sometime in the fall in the movie The King’s Rook.

Besides being the president of both the Arcadia High School Photography Club and Future Business Leaders of America (FBLA), Chao excels in computer science, and often attends and even helps organize hackathons. Last summer, Chao was accepted to Leangap in Boston, a high-level program for high school entrepreneurs, where he and two friends created a healthcare startup and product called PillDrops. Now in the third prototype phase and having found interested investors, PillDrops is an automated pill dispenser that can be operated over Wi-Fi with an app to help ease the management and organization of up to potentially 12 prescriptions. The idea came to him after seeing his grandparents struggle with their prescriptions, and he thought there must be a more efficient way to this cumbersome process. The Arcadia High senior also beat 6 MIT teams and won Best Community Hack and Honorable Mention at Cambridge AT&T's 2015 hackathon. His project was an Amazon automated price-adjustment app that Chao and a Swedish iOS developer created over the course of 24 hours. Chao was also the captain of the Arcadia High Mock Trial team and played on the junior varsity volleyball team during his sophomore year. Just a couple of months ago he was a speaker at TEDxYouth in Walnut. His talk was titled, “An Undiscovered Career Path.”

Accepted to several prestigious colleges, including Carnegie Mellon, Chao will likely be studying computer science at UCLA in the fall. 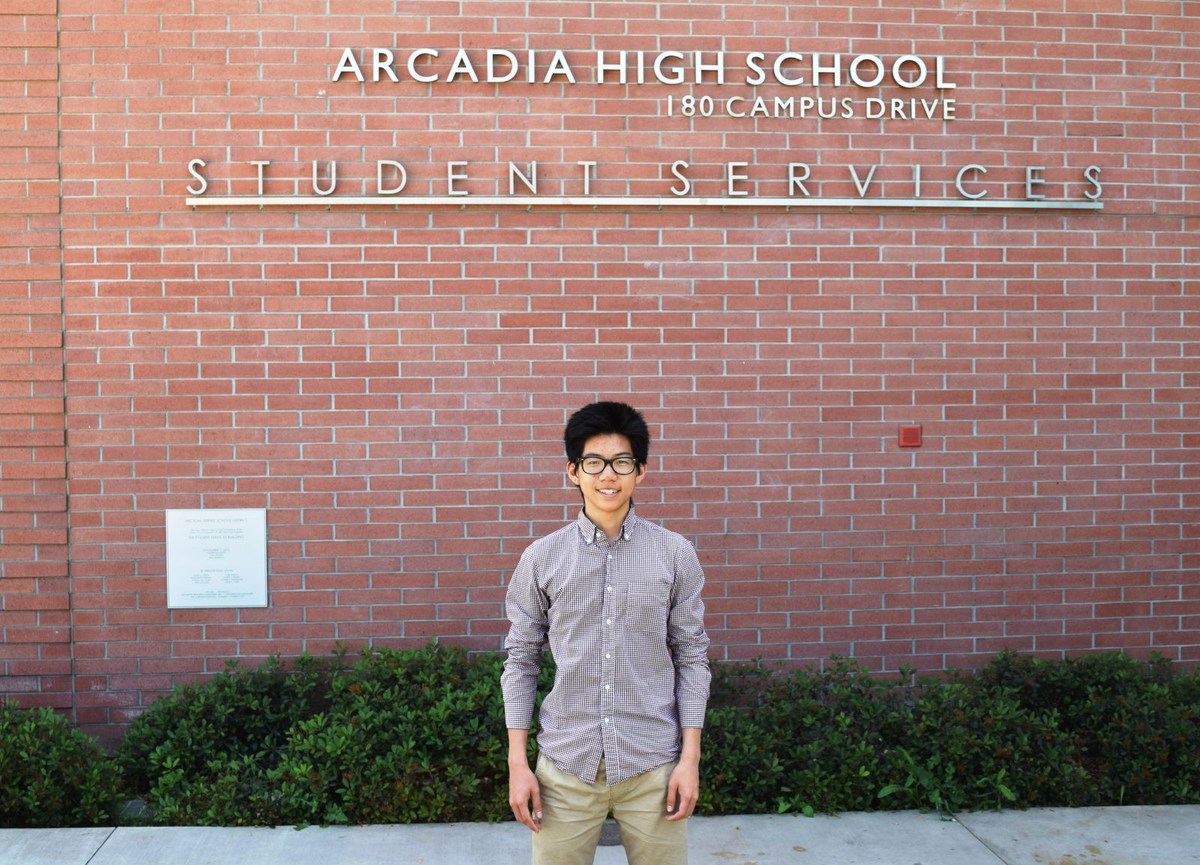 “We are all so proud and happy for Phillip,” said Arcadia Unified School District Superintendent David Vannasdall. “He’s such a well-rounded student that will no doubt make a great impact on our world.”