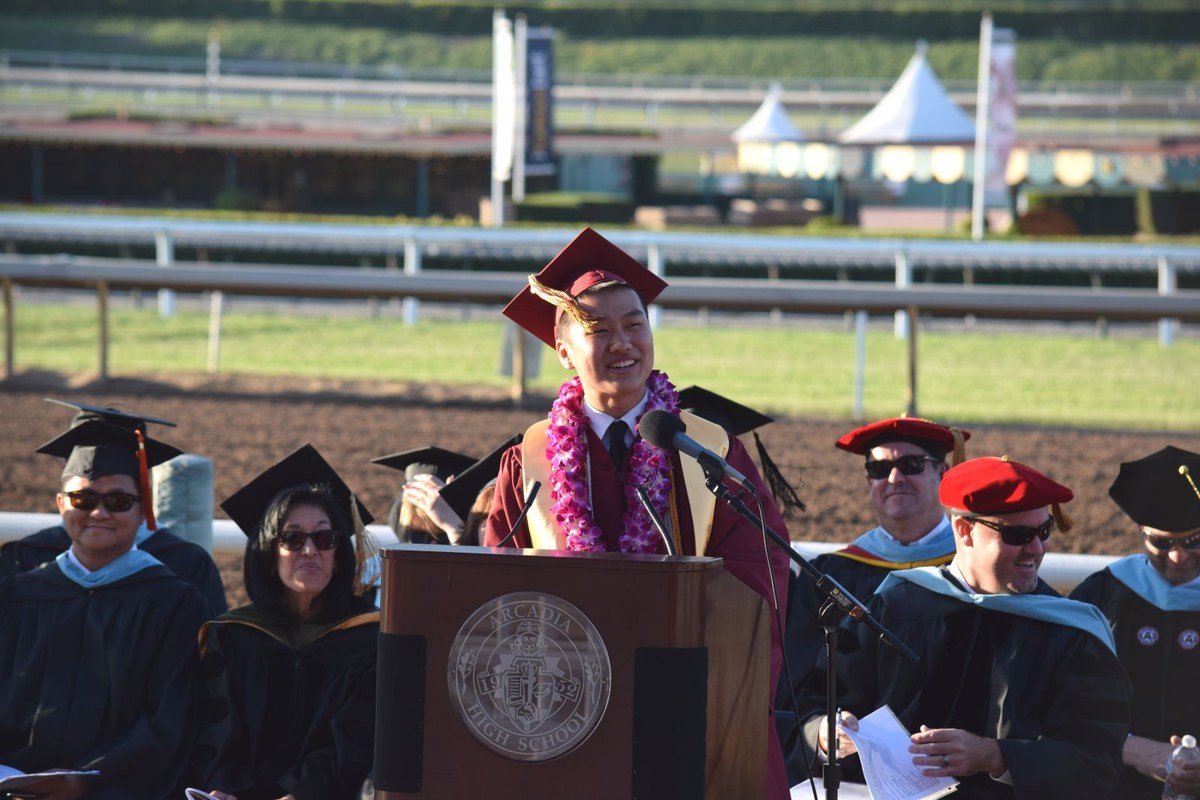 Arcadia High Valedictorian George Hou
The numbers are in for the Arcadia High School Class of 2016, and they are staggering. More than $3 million in scholarships and grants were earned by Arcadia High School seniors this year according to a self-reported class survey. The Apaches were awarded some of the most coveted scholarships in the country, including the Gates Millennium, Intel Science Talent Search, and Coca-Cola to name a few.

“A lot of these scholarships are rewarding much more than just grades, which is great,” said Arcadia High School Principal Dr. Brent Forsee. “They are seeking to reward well-rounded students who excel in areas outside the classroom. Arcadia High is fortunate to offer more than 50 academic teams, clubs, and student service groups, along with a top-notch sports program, and of course, our nationally recognized music and performing arts programs. Arcadia offers the four A’s, Academics, Arts, Athletics, and Activities, and our students are very wise and taking full advantage.”

Phillip Chao was awarded the prestigious Gates Millennium Scholarship this year, marking the second straight year an Apache won the scholarship that pays for the students’ entire undergraduate and graduate education along with all related expenses. The value of Chao’s scholarship could exceed $500,000. 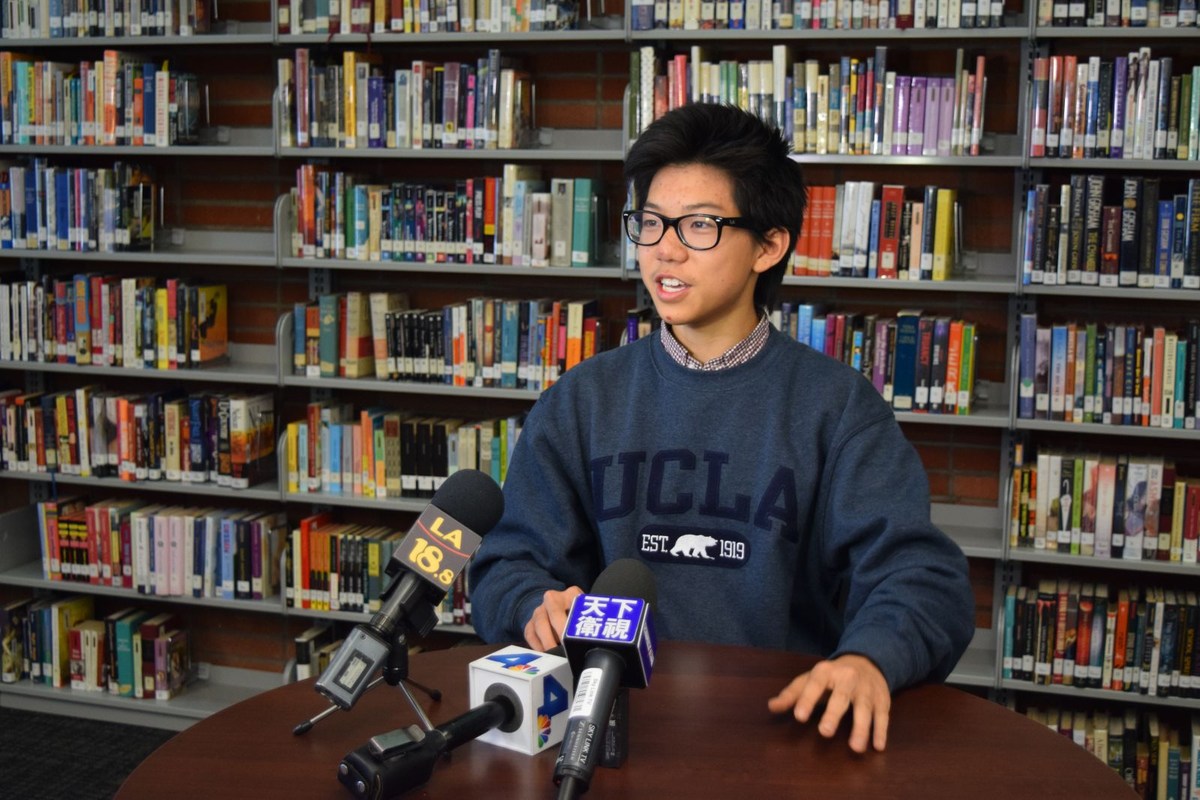 Phillip Chao discussing Gates Millennium Scholarship with local media
The Arcadia High School Class of 2016 Valedictorian George Hou, who will be attending Harvard in the fall, won several national scholarships totaling more than $54,000. Hou is one of two Apaches from the Class of 2016 that will be joining several other Arcadia High alumni who are currently at the prestigious Ivy League University.

Hou and his 2016 Arcadia High School classmates pulled off another rare feat, having at least one student in the class being accepted into every Ivy League University in the country. The Ivy League schools consist of Harvard, Yale, Princeton, Columbia, Brown, Dartmouth, Pennsylvania, and Cornell.