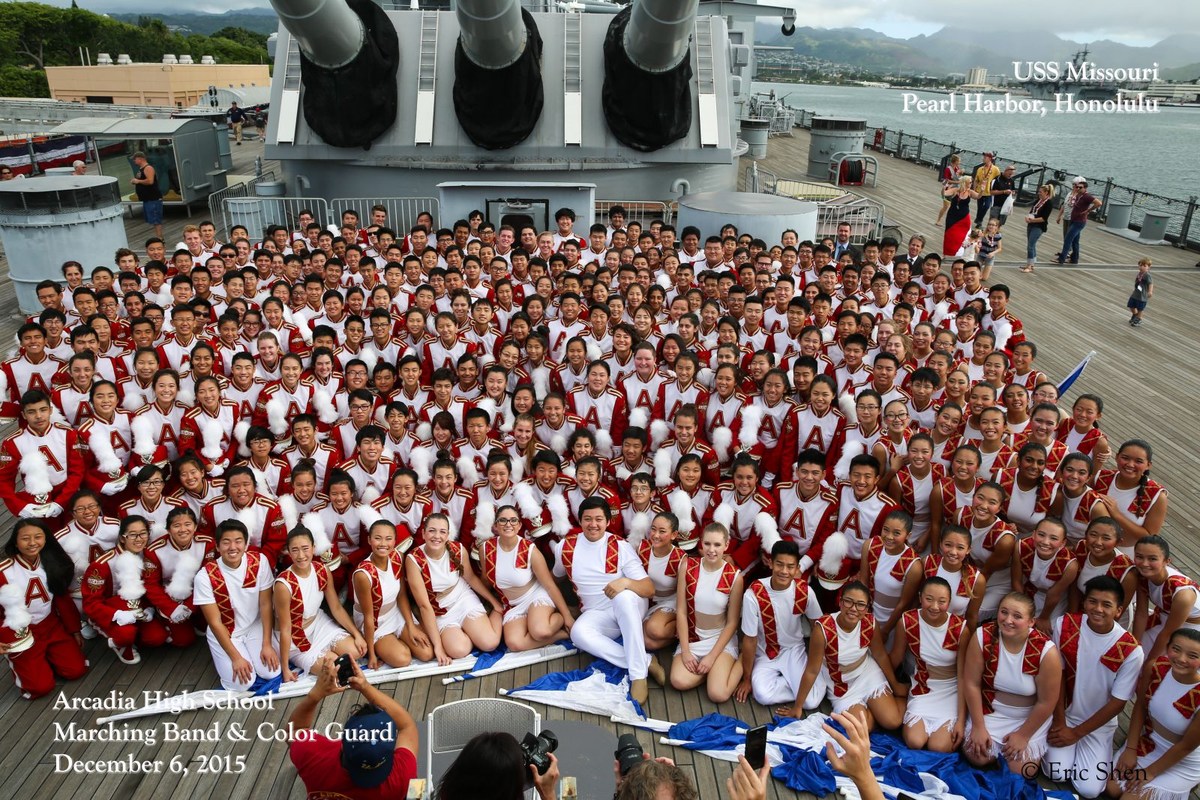 Early December, the marching band of Arcadia High School (AHS) had the distinct honor of being selected as the sole representative of the state of California in the 74th Anniversary Pearl Harbor Memorial Parade in Honolulu, Hawaii.

The band's five day trip to the island state consisted not only of the parade but a performance on the USS Missouri as well as many tours of historical and cultural sites. The Apaches are the first civilian band ever allowed to perform on the iconic battleship.

"This is a huge honor to be selected to represent the state of California, the city of Arcadia, and Arcadia Unified School District with pride," said assistant AHS band director Seth Murphy.

The trip, however, was more than just a performance. It was also an opportunity to learn about the attack on Pearl Harbor and the historical context surrounding it. Prior to the trip, all of the band participated in a lecture by AHS history teacher Oliver Beckwith to learn about Pearl Harbor, the sites they would visit, and Hawaii itself. 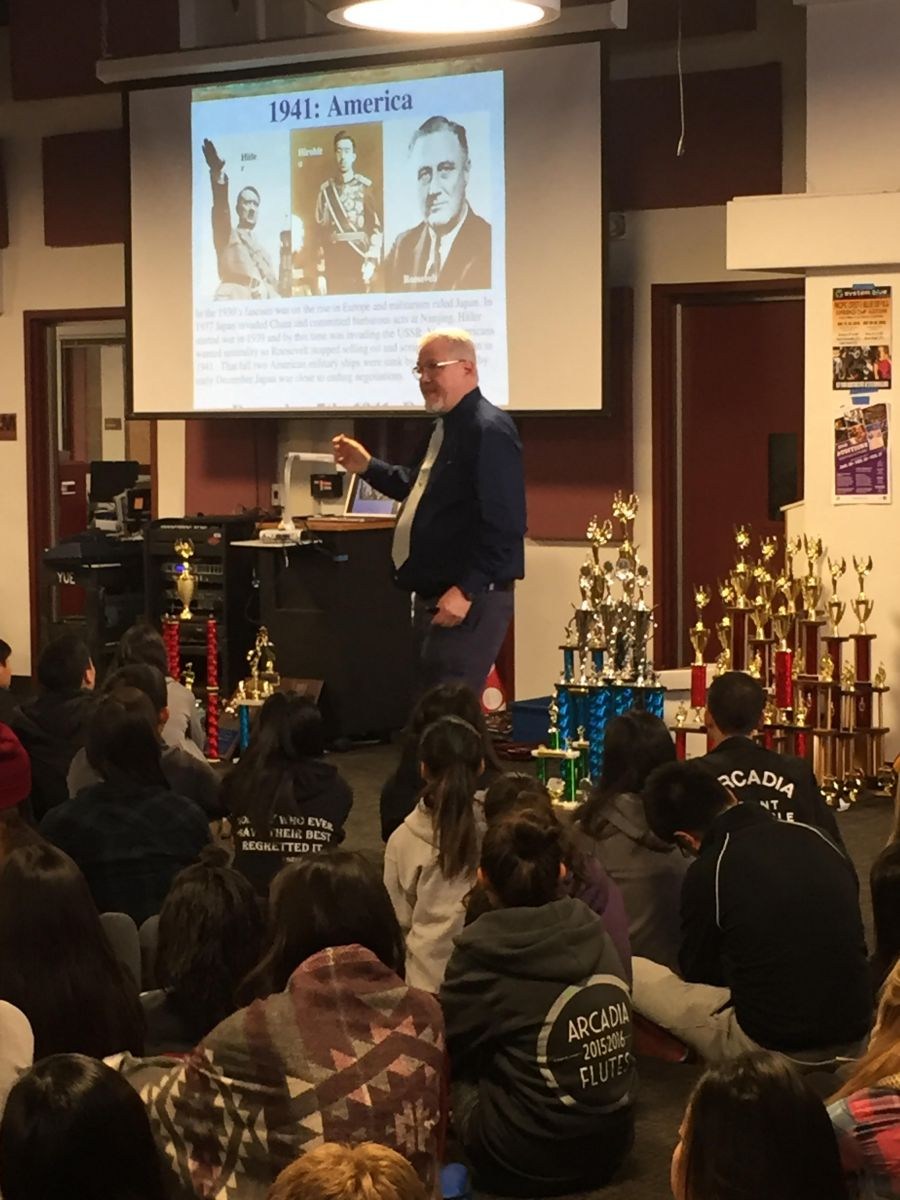 "In the time of common core in education, it was such a great opportunity to have Mr. Beckwith come into our classroom and present the historical perspective of what the students are about to experience for themselves next week," said Murphy. "We sincerely thank Mr. Beckwith for sharing his expertise with our students."

The Arcadia Apache band's selection was no small feat, with many applicants throughout the nation. Well-known throughout the high school for its numerous long practices, the AHS Band and Colorguard have worked tirelessly before school and after school for many weeks. Indeed, during the parade, the speaker noted how they were all “highly talented, dedicated members.”

With nearly 300 members, the band made a big presence in the parade. Partially, this was due to the fact that for this performance, instead of the usual with select members performing, all members got to perform.

As for the band students, the experience was great.

“It was pretty cool to perform on a battleship,” said freshman Caroline Mahdavi, “because it was so gigantic and FOX was doing a broadcast from there.” 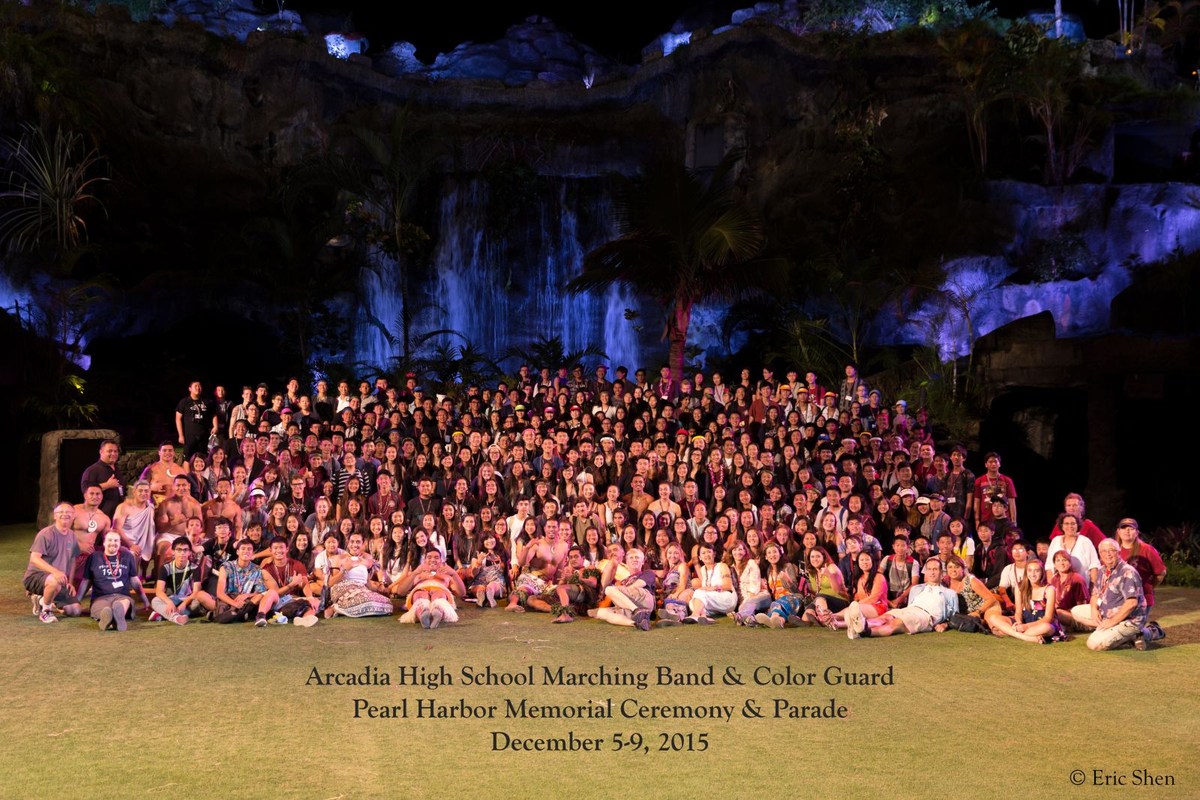 For trumpet player Bailey Shen, “it’s exciting because we represent the state of California… and we did great, as usual.”

Of course, the ultimate reason for band’s trip to Hawaii was neither for performance nor for vacationing but to honor the men and women who died in the Pearl Harbor bombings.

As put by the parade’s Committee Chair Earl Hurrey, the parade “demonstrates support for America’s men and women who serve in our military” and for “the sacrifices that were made.”

For more pictures of their trip, see it here: https://goo.gl/YRg4ds