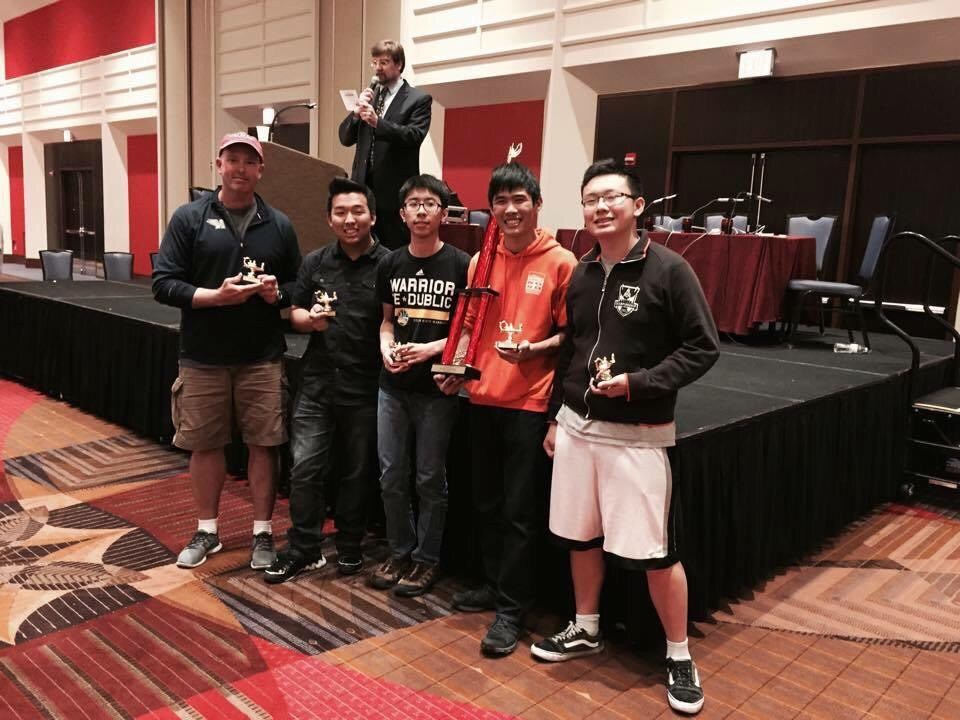 272 of the best teams from all over the United States and Canada converged on the Hyatt Regency O’Hare to compete for the title. This was the tenth annual competition, with Arcadia High School competing in all nine previous tournaments. The Apaches’ best showing prior to this year was when they placed 5th in 2014.

Arcadia went through the prelims on Saturday with a record of 8-2 and was seeded seventh going into Sunday’s playoffs. At the end of the 22nd round (the 15th match for AHS), Arcadia was one of the last two teams in the winners bracket. They lost a close match (375-360) to defending national champions Liberal Arts and Science Academy from Austin, Texas. They then went into the losers bracket and after three matches against teams that were all ranked in the top ten in the country, found themselves again matched up against the Liberal Arts and Science Academy for the title. In the final match, after five questions, Arcadia was down 140-15. The Apaches kept their composure and rallied back to catch up at question sixteen, and then put away the defending champs for good, pulling away to a convincing 410-285 win.

Quiz Bowl is an academic competition that has a format similar to Jeopardy, but the questions are much more difficult. The questions range over the entire spectrum of a high school curriculum and also include a certain amount of current events, sports, and popular culture. The matches feature a blend of individual competition and team collaboration.

Arcadia High School actually had three teams qualify for the national championships. The Apaches “C” team finished in a tie for 21st place. No other school in the tournament had a higher placing second team. That team was made up of seniors Cibi Pari and Chris Chi and freshmen Matt Forster and Hamlin Liu.