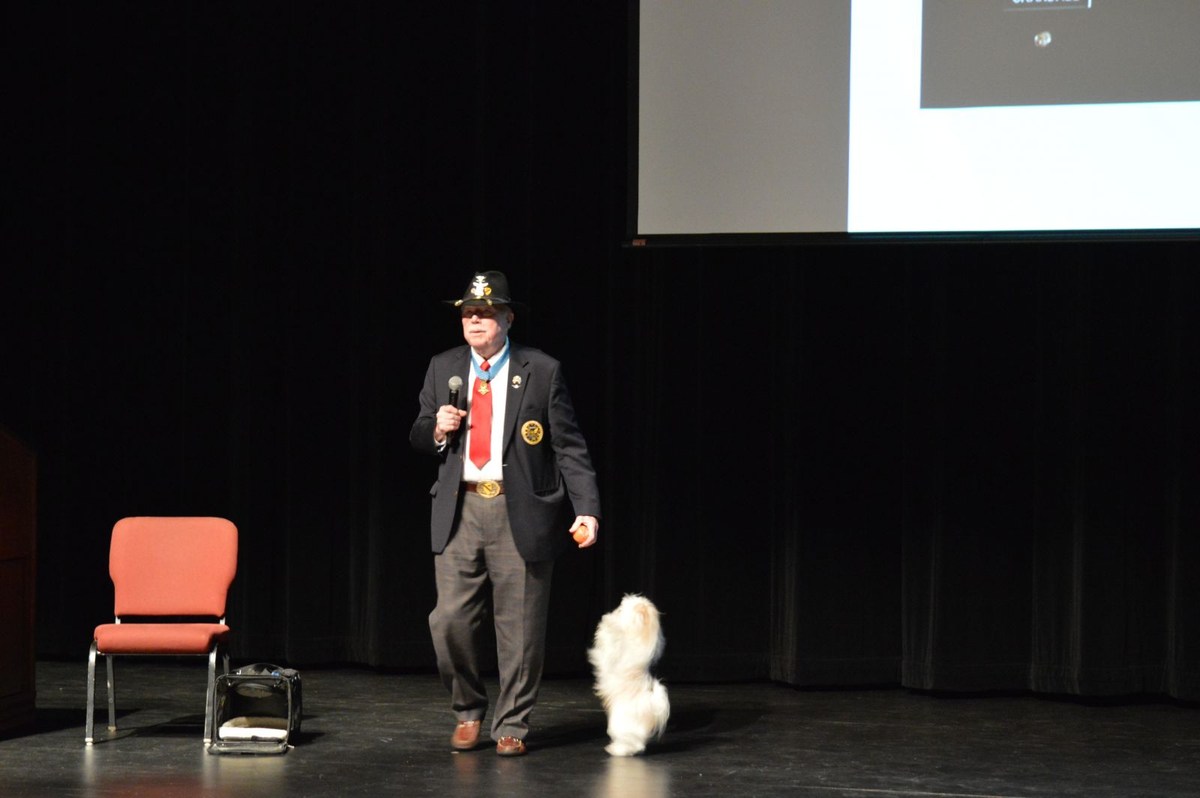 “It’s difficult. We were just doing what we were supposed to do. It was the guys who didn’t come home that should be recognized more,” Crandall said about receiving the Medal of Honor. 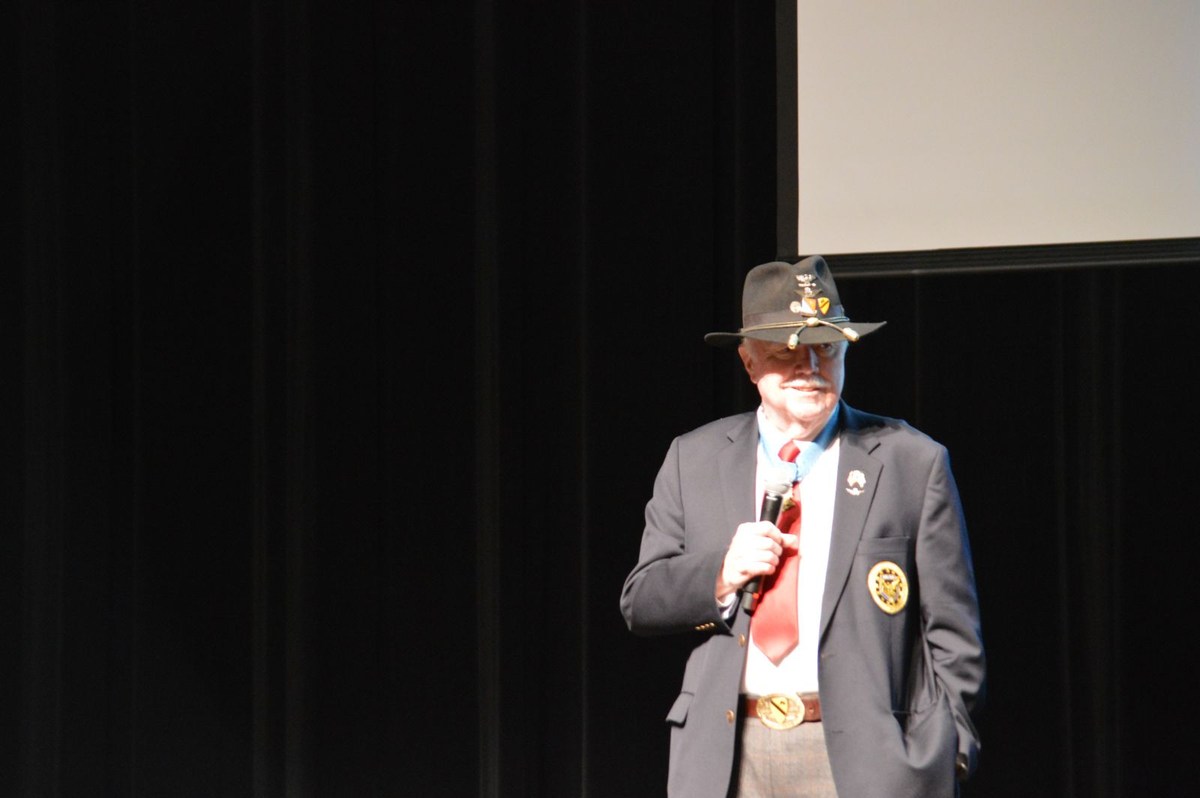 Crandall was recognized with the Medal of Honor for his heroic actions in the Battle of the Ia Drang Valley in Vietnam in 1965. He flew an unarmed helicopter into heavy enemy fire to deliver much-needed ammunition and supplies to American troops who were under attack. Crandall, who flew more than 70 missions for 14 hours that particular day, also evacuated many wounded soldiers from the battlefield and flew them to safety.

“I am grateful we have such passionate teachers who give our students opportunities to connect what they are learning in the classroom with first-hand experiences. Lt. Col. Crandall shared today that ‘courage is not just about combat but doing the right thing’ - a powerful message for our students,” said Arcadia Unified School District Superintendent David Vannasdall. 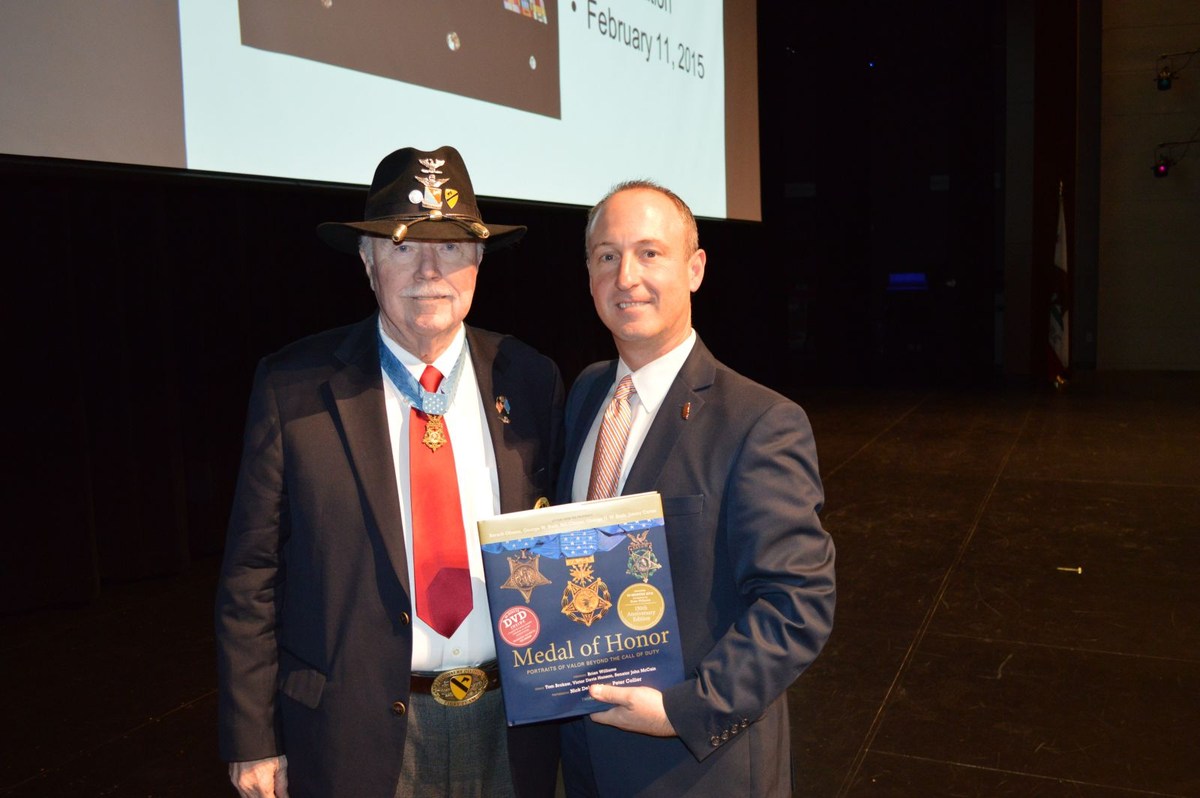 Crandall’s story of personal sacrifice and bravery was brought to the silver screen in the movie We Were Soldiers in 2002. Crandall was a consultant for the Hollywood hit that featured Mel Gibson and Greg Kinnear, who played the part of Crandall.


Crandall talked with the students and staff who packed the Arcadia Performing Arts Center as a part of the Medal of Honor Character Development Program in partnership with the Ronald Reagan Presidential Foundation and the Congressional Medal of Honor Foundation. He used humor and his dog Huey to share his powerful story as part of “Lessons of Personal Bravery and Self-Sacrifice.” He talked about the concepts of courage, commitment, sacrifice, patriotism, integrity, citizenship, and the importance of education. His dog Huey (named after the Huey Helicopter) also delighted the crowd with his tricks and his admiration for his best friend and Medal of Honor recipient, Lt. Col. Crandall. 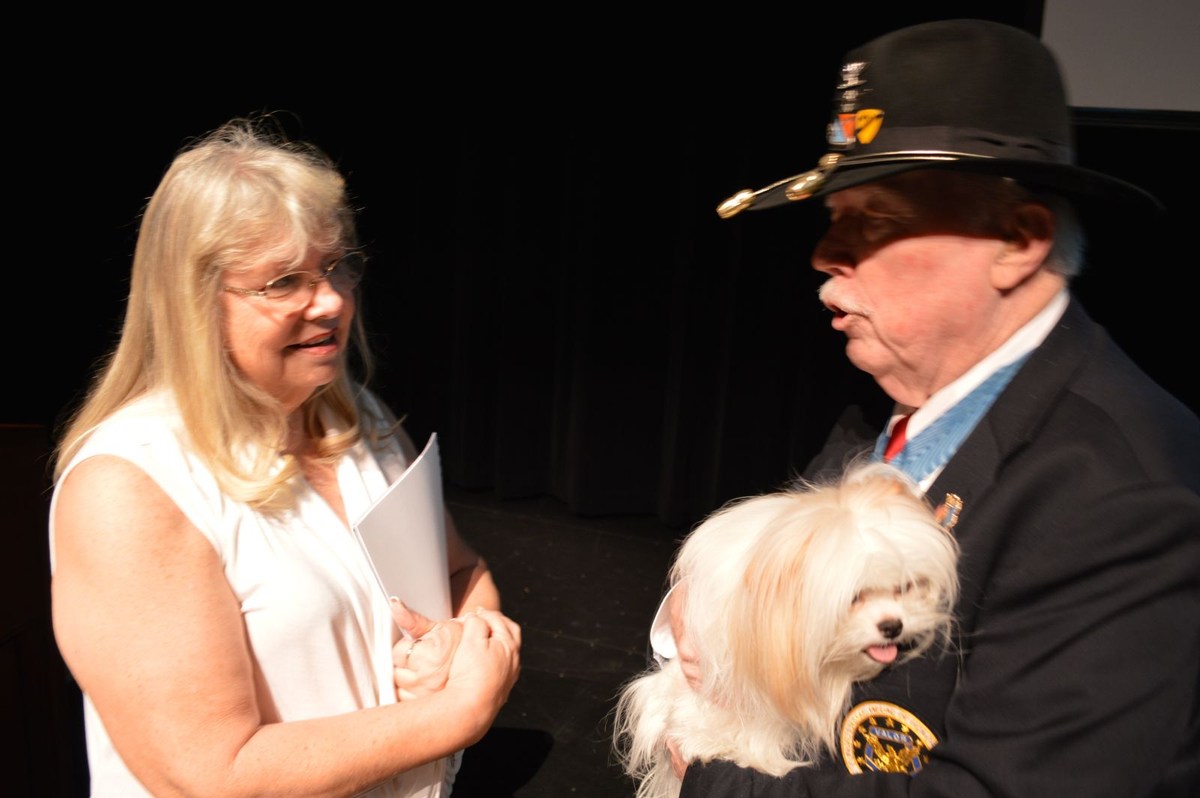