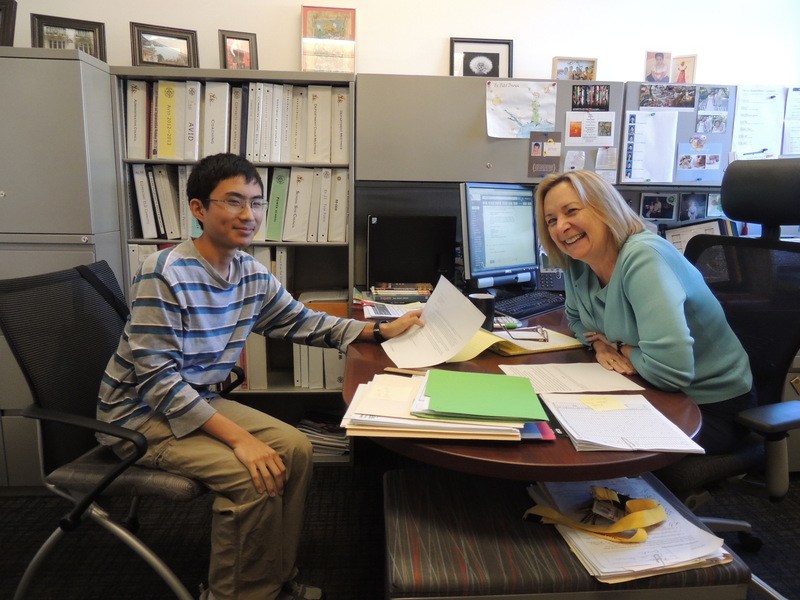 Nathan Chou, a senior at Arcadia High School, earns a rare perfect score on his Advanced Placement Calculus Exam. Of the 3,938,100 AP exams taken in 2013, Chou was one of just 11 students in the world that reached perfection on the AP Calculus BC Exam. Nathan answered every multiple-choice question correctly, and earned the maximum scores on each of the essays in the free-response section of the exam.

“We are very proud of Nathan and his amazing accomplishment,” said Dr. Brent Forsee, Principal at Arcadia High School.  “We have some of the best students in the country attending Arcadia High School, and Nathan is a proud example of that.” 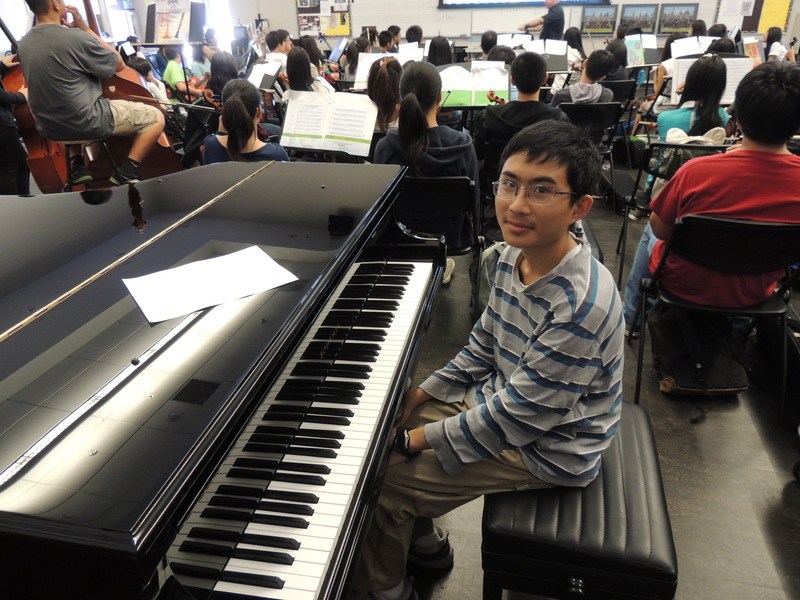 The Advanced Placement Exams are written and scored by college professors from around the world, and are typically designed to cover a full-year of intensive, college-level knowledge and skills, so it is very rare for a high school student to earn every point possible on the exam. With nearly 4 million AP Exams taken in 2013, in subjects ranging from Art History to Calculus and Physics, the percentage of students receiving a perfect score is extremely low. This astonishing result is characterized by the College Board’s AP Program as “an extraordinary academic achievement.” In total, more than 104,000 students took the AP Calculus BC Exam in 2013. 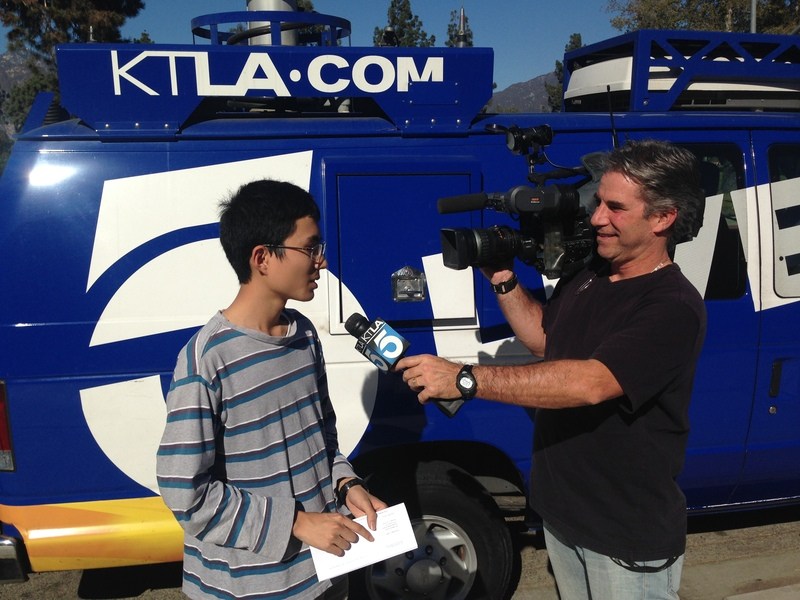 Nathan has received nothing but A grades since attending Arcadia High School, and is very active in the school’s many academic clubs. Chou is a member of the Math Team, Science Bowl, Quiz Bowl, Science Olympiad, and Physics Team. He also has been in the Arcadia High Symphony Orchestra for the past four years playing the violin and piano. Chou, a National Merit Scholarship Semi-Finalist, also speaks Mandarin and Spanish in addition to English. He also enjoys competing in website coding competitions, and has designed and developed academic student support websites with his friends. Nathan’s proud parents moved to Arcadia before he was born, because they wanted him to be educated in the Arcadia Unified School District. Before attending Arcadia High, Nathan was a student at Baldwin Stocker Elementary School and First Avenue Middle School. 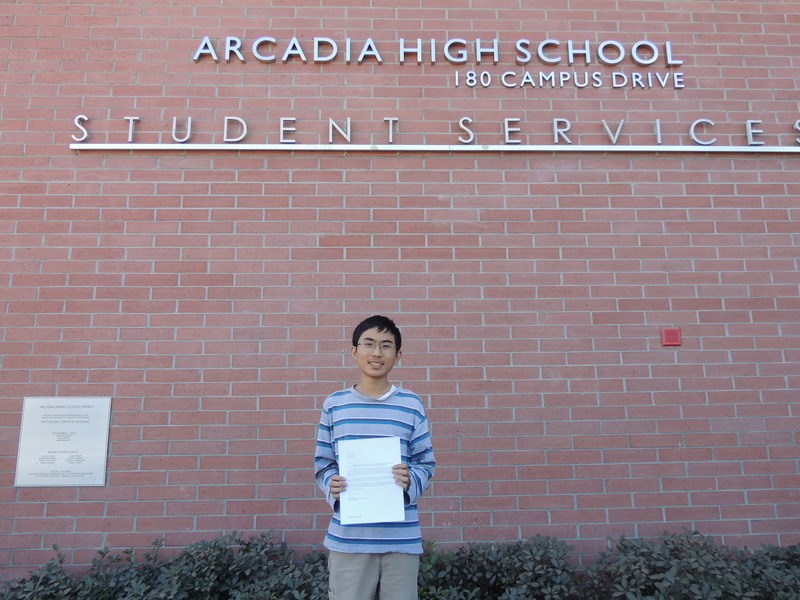 “Being in the Arcadia Unified School District has allowed our son to fully develop his potential,” said Nathan’s Father, Wen-Feng Chou. “There is certainly a lot to celebrate, but I think as a parent I am also proud of the district. This proves our public school system really works.”

Born and raised in Arcadia, Nathan also traveled to Taiwan over the summer for a short-term mission and helped children learn English. He also enjoys playing the piano for his church.

While Nathan, “did not see this coming at all”, he was quick to thank all his teachers, especially Kerry King (his AP Calculus teacher), his parents, and his friends for all their support and encouragement over the years.

Nathan is excited to continue his academic studies in college, but has not selected which university he will attend.