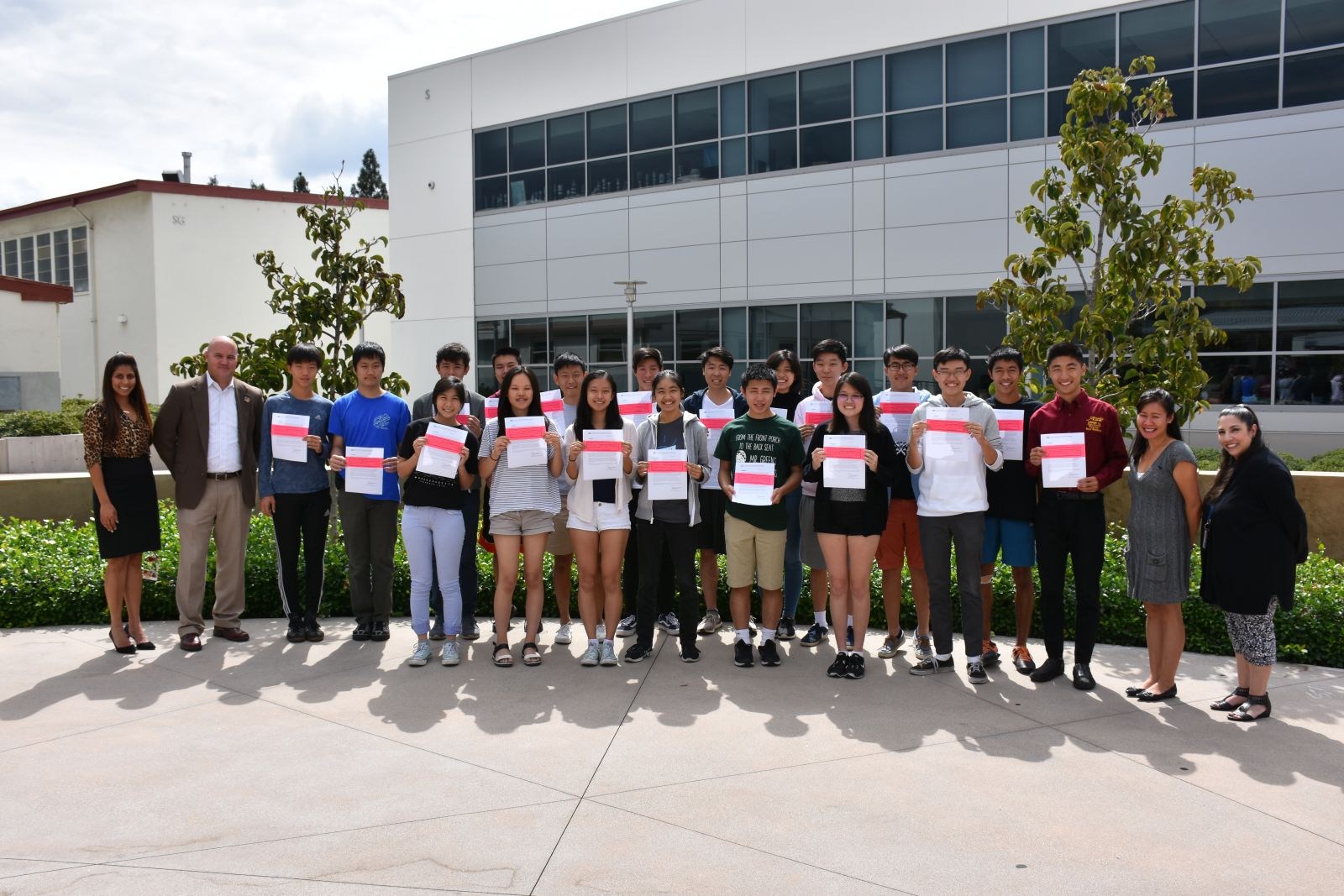 “Receiving this honor and having the chance to be considered for a scholarship through this program makes me happy beyond words,” said Arcadia High Senior and 2018 National Merit Semifinalist Elyse Yao. “I took a prep course before I took the SAT, but that class just built on the foundation laid by my Arcadia Unified coursework.”

Approximately 1.6 million juniors from more than 22,000 high schools vied for entrance into the 2018 National Merit Scholarship Program by taking the 2016 Preliminary SAT/National Merit Scholarship Qualifying Test (PSAT/NMSQT). Scores from this test served as an initial screening of applicants. Of the 16,000 seniors chosen as semifinalists, about 15,000 are expected to continue as finalists. While some high schools have less than a handful of seniors invited into this program, in the past five years, Arcadia High School has been home to over 100 National Merit Semifinalists with more than 90% of its seniors advancing as finalists.

“We are incredibly humbled by the number of our Arcadia High students who make it into this program each year,” said Arcadia Unified School District Superintendent Dr. David Vannasdall. “It’s a testament to the commitment to education our students and teachers make every day and is what makes Arcadia High School one of the top public high schools in the country.”

Arcadia High School has been distinguished a U.S. News and World Report Gold Medal School three times, an honor bestowed on less than 3 percent of the more than 19,000 schools in the country. Similarly, Newsweek named Arcadia High on its Top Public High Schools in America list. Arcadia High was also recently identified by Niche.com as being in the top 2 percent of the best public high schools in California. For the second consecutive year, Arcadia High’s 2017 graduating class had at least one student accepted into every Ivy League school in the country. Likewise, the Arcadia Unified School District is one of only 22 districts in California to be named on the College Board’s most recent and 7th Annual AP® District Honor Roll.