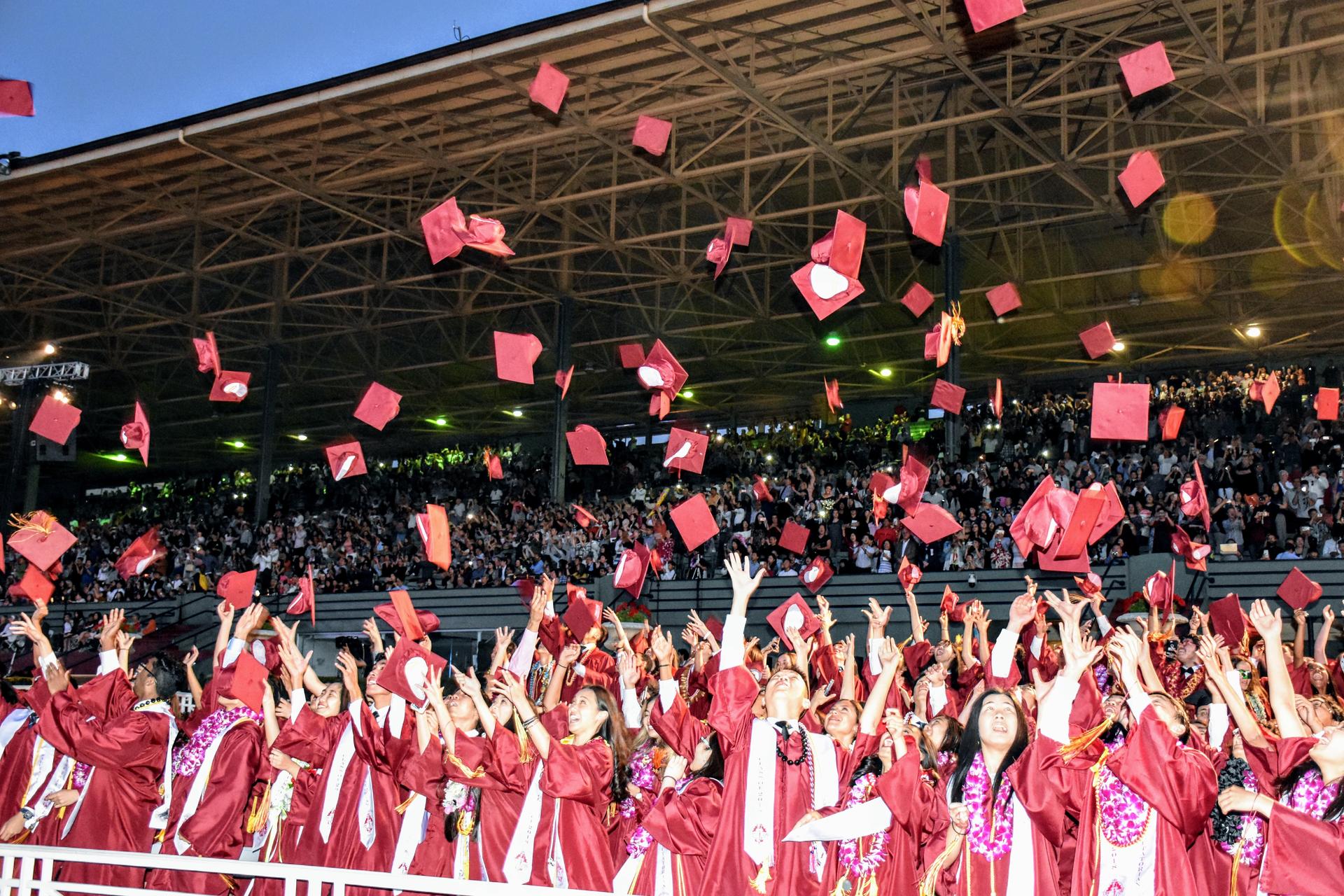 While some may argue that the public education system in this country is failing our youth, one local public high school is giving that theory an "F." The Arcadia High School Class of 2018 achieved a rare 100% graduation rate, meaning all 869 of its seniors were handed a diploma on graduation day. A flawless graduation rate is extremely unusual for such a large comprehensive public high school with approximately 3,600 students. In addition to that impressive feat, the Class of 2018 has 17 students that have been accepted to seven different Ivy League Universities. Two were accepted to Yale University, four to Cornell University, two to Columbia University, four to University of Pennsylvania, three to Princeton University, one to Brown University, and one to Dartmouth College. Three more were accepted to Stanford University, two got into Massachusetts Institute of Technology (MIT), and two more received admission to stay local in Pasadena at another one of the most prestigious colleges in the country, California Institute of Technology (Caltech). Another 50 Apaches were accepted to the University of California Berkeley, 64 made the grade for the University of Southern California (USC), and 49 were admitted to University of California Los Angeles (UCLA).


The Arcadia High School Class of 2018 collectively earned $12.8 million in scholarships and grants to help pay for those prestigious universities. That equals, on average, a little less than $15,000 per graduate. Some of those scholarships include fully-paid scholarships to USC, Notre Dame, military academies, and other UC and State institutions. 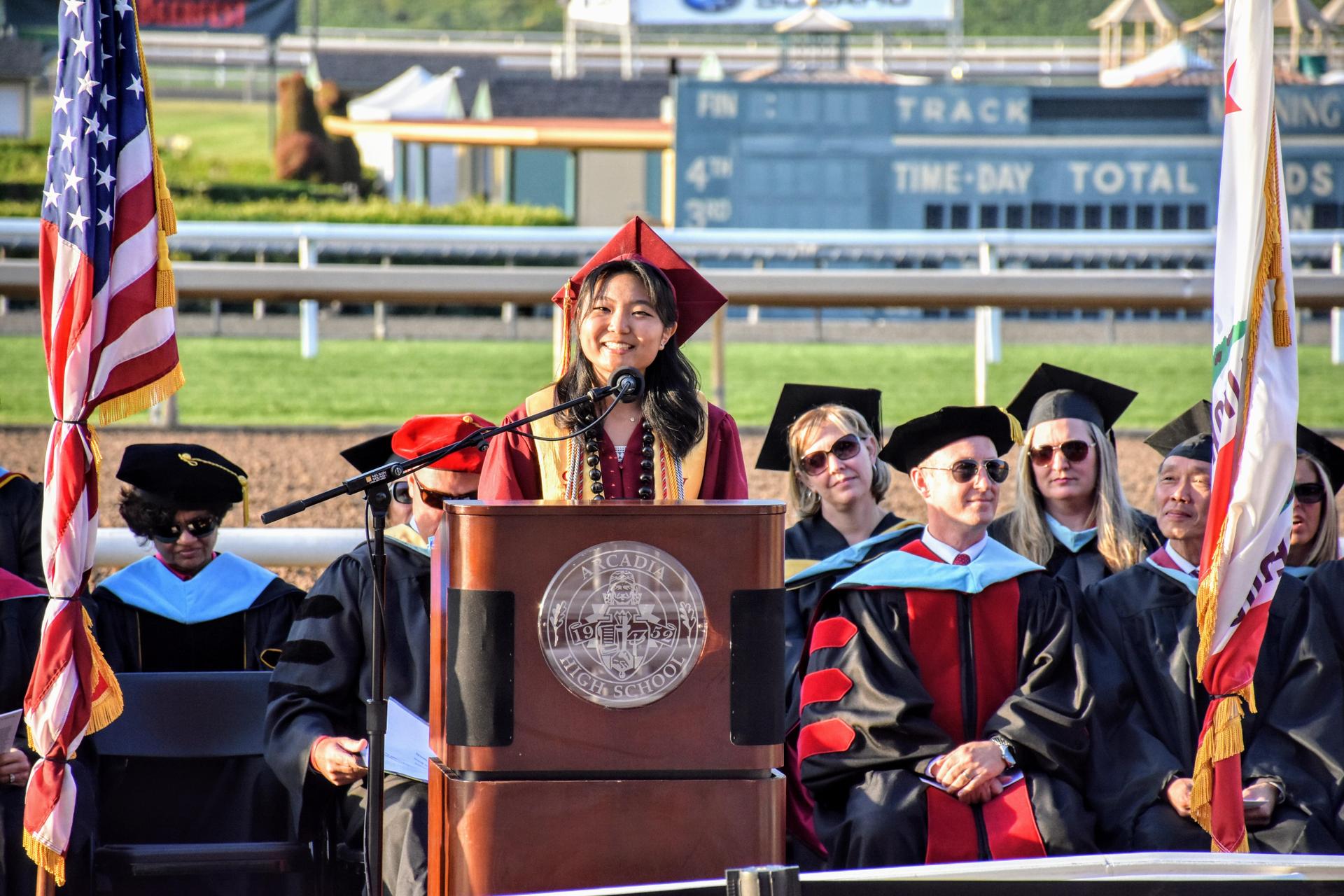 
At the head of the class is Stella Cho who has been named the Class Valedictorian. Cho, who plans on studying Biochemistry at University Notre Dame in the fall, has received straight A marks all throughout her middle school and high school career. That equates to 101 consecutive classes, from 6th grade through 12th grade, with nothing but A’s. In addition to her 4.0 grade point average (GPA) and remarkable mastery of the rigorous curriculum offered in the Arcadia Unified School District, she gives back to her community and is a leader on campus. Cho’s school activities include serving as the President of the Pre-Med Club, Green Team President, Speech and debate Captain, Science Olympiad, Math Team, Government Team, National Honor Society, Senior Men and Women, and the Hope Can Cure Cancer Club. She also plays the oboe in the Pasadena Youth Philharmonic Orchestra, volunteers at Methodist Hospital, and has helped conduct Biology research at Caltech. Cho’s dream after college is to become a pediatric neurosurgeon.


The Class of 2018 also had a remarkable 81 Salutatorians, which requires a minimum GPA of 3.93. This is an unprecedented amount of Salutatorians for the Apaches. While the success rates are high, the coursework was not easy. Of the graduating class, over the course of their four years of high school, 602 students took at least one Honors or Advanced Placement (AP) class, with the average being six Honors/AP classes for those  students.


Arcadia High School Class of 2018 By The Numbers:

Private College Most Applied to: USC (229)