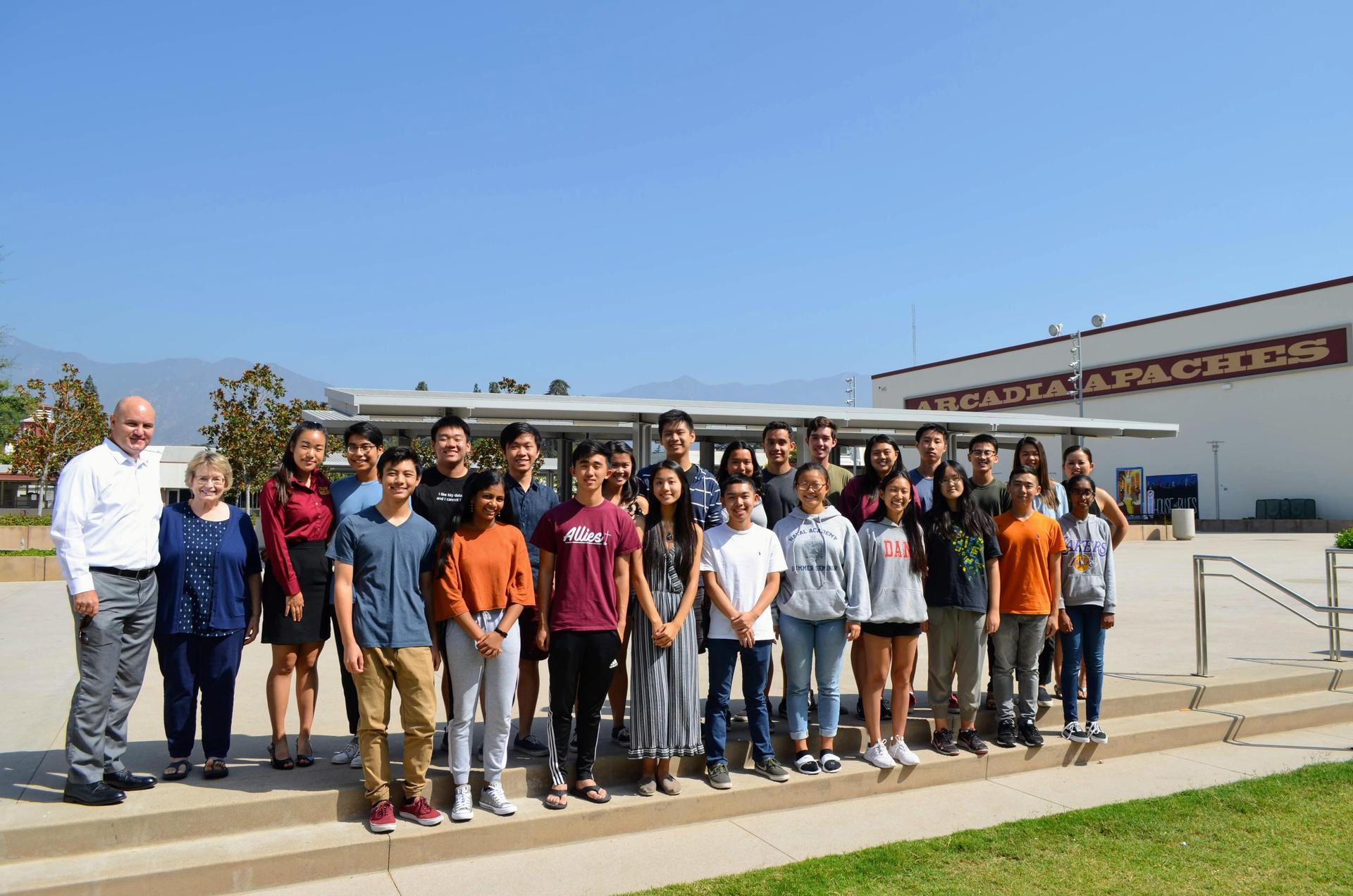 
“I took a popular prep course for the regular SAT the summer before my junior year, but I believe that it was my Arcadia High School studies that helped immensely,” shared Arcadia High School senior and National Merit Semifinalist Estelle Hooper. “Really, my achievement is attributed to my hardworking classmates and teachers,” said Hooper, who explained that she decided to register for the PSAT only after the encouragement she received from her peers.


“Our consistent representation in this program is a testament to the incredible teaching strategies implemented in classrooms throughout our district,” said Arcadia Unified School District Superintendent Dr. David Vannasdall. “Our teachers truly help students imagine, inquire, and inspire, sparking students to have a relationship with learning that not only prepares them for success in high school but will serve them for years to come.”

The nationwide pool of semifinalists includes entrants who score highest on the PSAT in each state, with the number of semifinalists in a state proportional to the state’s percentage of the national total of graduating seniors. Approximately 15,000 students in the program will advance as finalists and will be notified of this designation in February 2019. On average, over 95% of Arcadia High semifinalists make it the finalist phase of this program.


Arcadia High School was recently ranked in the top 1% of public high schools in the nation by Niche.com. Its Class of 2018 saw a 100% graduation rate. The home of the Apaches has also been distinguished a U.S. News and World Report Gold Medal School three times, an honor bestowed on less than 3 percent of the more than 19,000 schools in the country. Similarly, Newsweek named Arcadia High on its Top Public High Schools in America list. Arcadia High graduates are represented in Ivy League schools and top universities across the country. Likewise, for two consecutive years, the Arcadia Unified School District has been named on the College Board’s Annual AP® District Honor Roll.