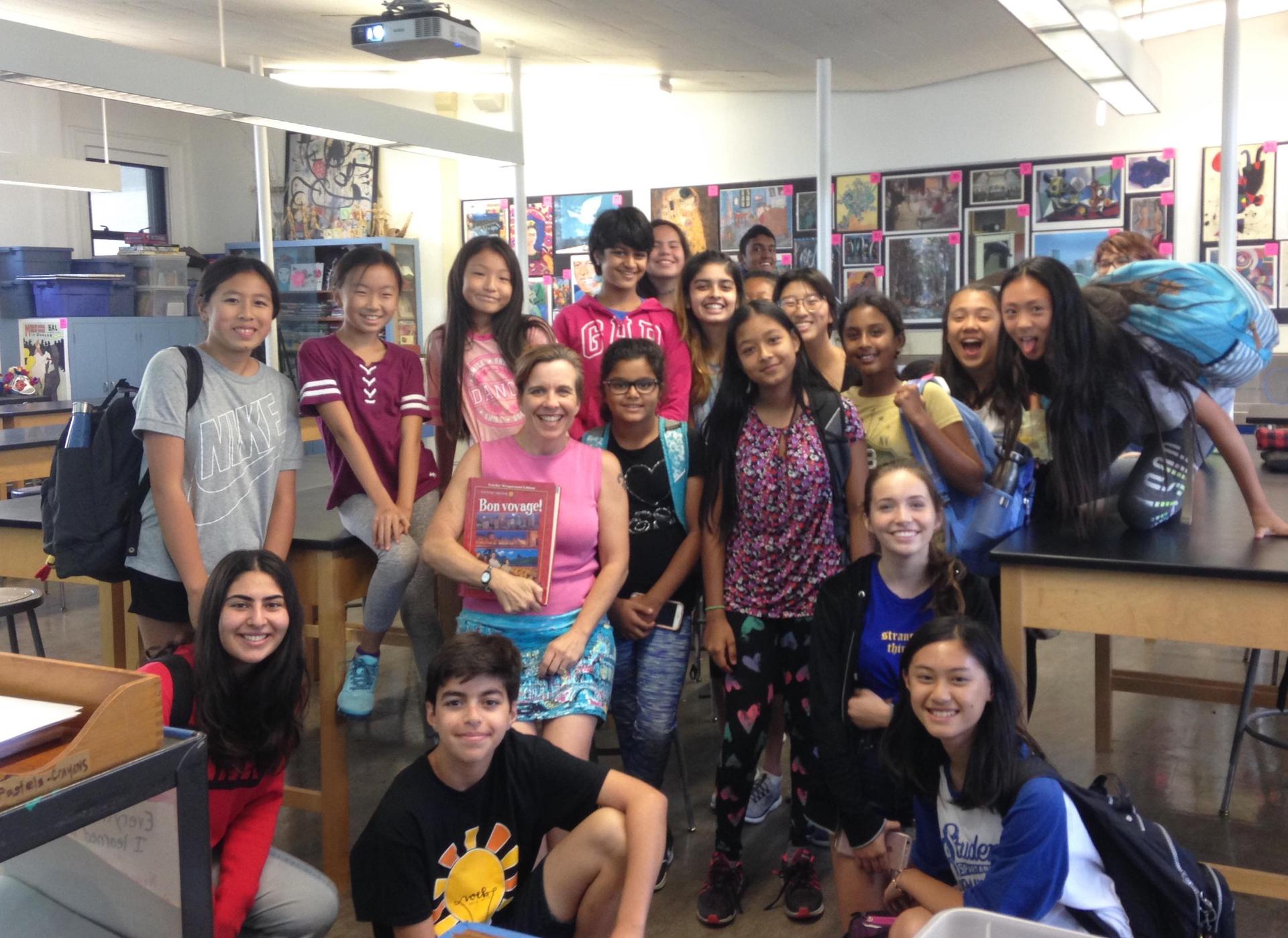 “Last year, I noticed that we didn't have as many kids signing up for French 1 [an introductory French class at AHS] for the second year in a row,” Vaughan explained. “I realized that something needed to be done so that students could find out how fun and awesome French 1 really is. That is why I formulated the middle school classes during the summer.”

Before the new school year began, Vaughan suggested the idea of the program to the FAMS administration. When Dr. Semeen Issa and Michael DeGrazia, Principal and Vice Principal at FAMS respectively, were informed about the concept, they were eager to incorporate it for their students, giving Vaughan the green light for the program.

The classes take place one hour after school on Tuesdays and Wednesdays for a total of six weeks. Students are encouraged to attend regularly, but they are not required to come to each session. Nevertheless, the attendance rate appears to be distinctly good as is overall student attitude during class. According to Vaughan, “The enthusiasm during class is ridiculous. Middle schoolers enjoy participating and being engaged, and that wonderful exuberance for life is so refreshing.”

Six weeks of classes, however, is a very short time to master a new language. The program is not intended to give students full mastery of French, but rather serves as “an introduction so that students consider and evaluate whether they want to keep learning French in the future,” Vaughan emphasized.

“I hope [the students] are able to comprehend some basics of French, but most importantly, I hope they understand that French isn’t just about memorizing vocabulary words but about having fun studying a full and rich culture.”

Vaughan hopes to expand the program and “take it on the road” to teach students at other Arcadia Unified Middle Schools, such as Foothills Middle School, Dana Middle School while continuing at FAMS during the next school year.

Through these efforts, Vaughan seeks to promote both the French language and the AHS French program to future AHS students. “I hope more kids sign up to take French; that is ultimately my goal. I hope I’m able to share more knowledge and strengthen their abilities in French when they get to the high school. In a few words, the classes are simply about learning, exposure, culture, and fun.”