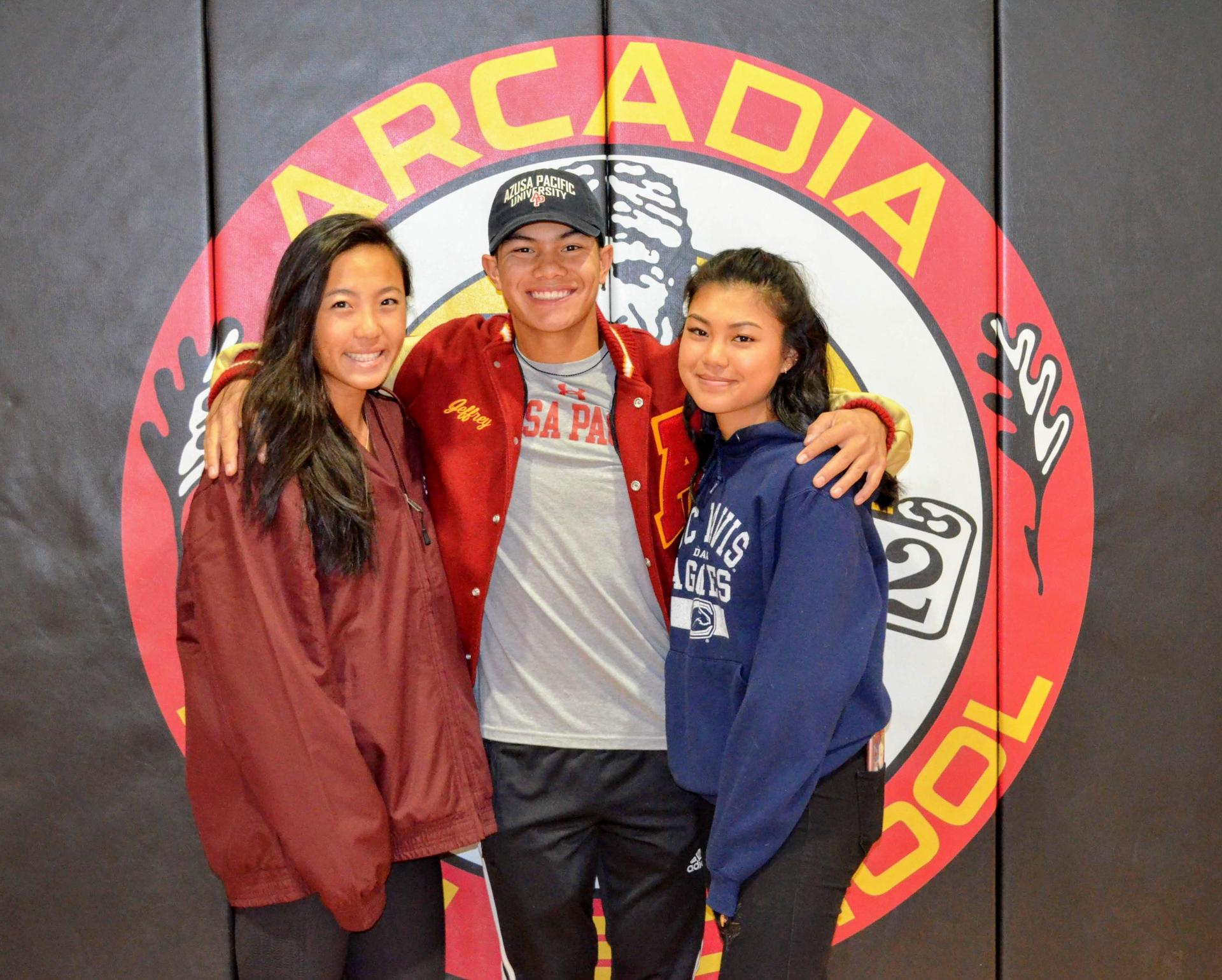 
Arcadia High’s Girls Varsity Volleyball team had two players sign: Ayala Plummer, who is heading to the University of Delaware, a Division 1 school, while Haley Kennedy signed to Regis University, a Divison 2 school. Kennedy, who has been on the Varsity team since her freshman year, described the journey as “really long and difficult.” She reflected, “I started my recruiting process during my sophomore year, and actually verbally committed to a different school, James Madison University [JMU], the beginning of my junior year. After my older sister [alumna Hannah Kennedy] committed to Regis, I realized that I may have made a wrong decision going to JMU, so I de-committed. I knew it [Regis] was the right place because of how welcoming the team was when I visited and having the opportunity to play another three years of volleyball with my sister Hannah. I think it’s a perfect fit and [I] am very excited to start my new journey.” 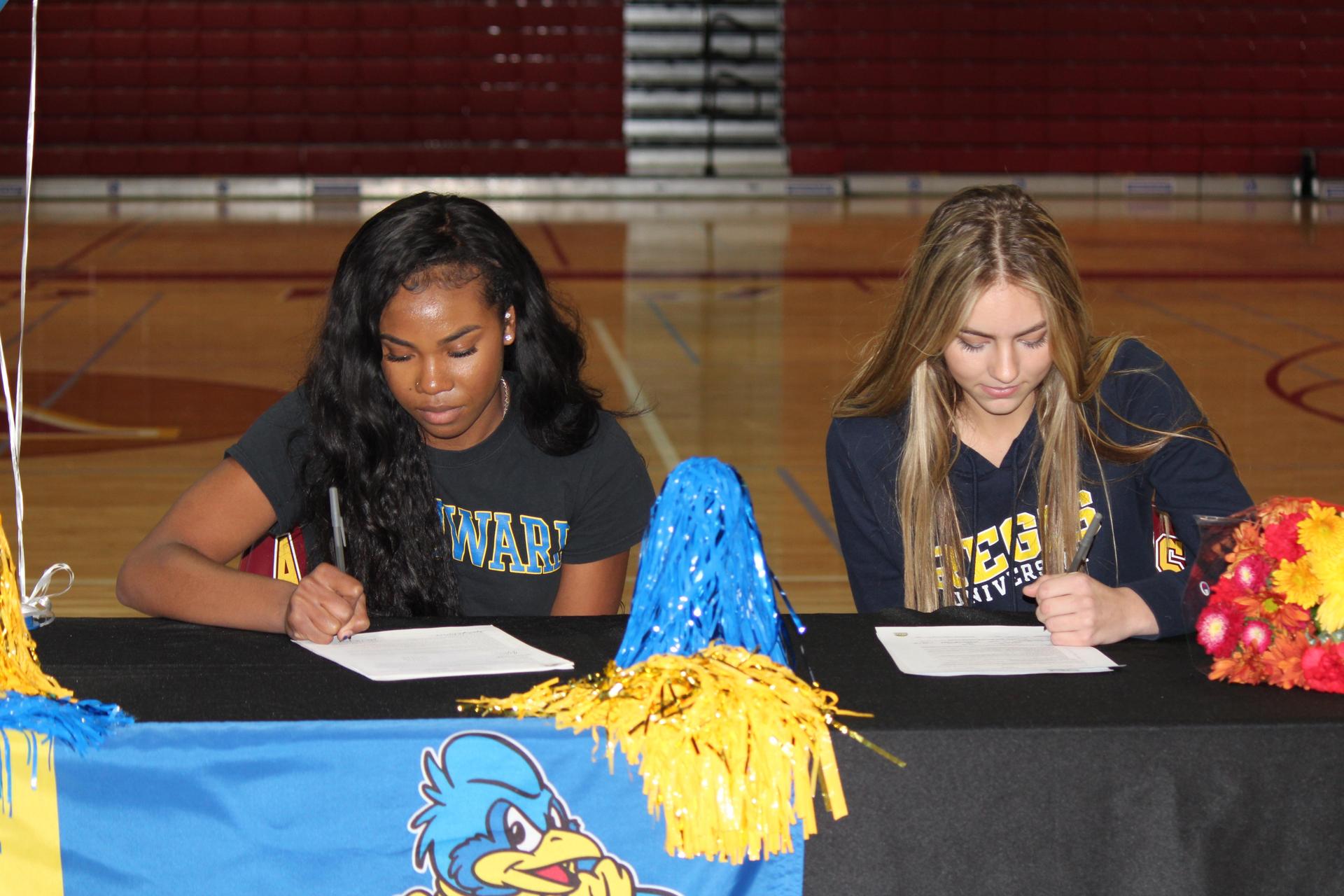 
Arcadia High’s Girls Varsity Tennis team had two players sign to Division 1 schools with full-ride scholarships. Lauren Ko signed to UC Davis while Rachelle Yang signed to Fordham University. Reflecting on her sport, Yang shared, “Tennis has shaped my life by teaching me that need to work hard in order to get what I want and how to overcome tough situations.” For Yang, making the commitment was easy: from the campus to the team, everything seemed right. She elaborated, “When I went on my unofficial visit to Fordham, I immediately fell in love with the campus. It’s in New York, not too far from NYC. The campus is so amazing: it’s not too big or not too small. I also love the coach, she's the sweetest person ever. I then went on my official visit and got to meet the team and they were the coolest people! I sat in on two of their classes and the sizes of the rooms were perfect.”

Adding onto the dream, Yang noted that her goal was to go to a Division 1 school, and since Fordham sweetened the deal with a full scholarship, she “just couldn’t pass that up.”


Yang emphasized, “You also have to love the sport you play or else you won’t have a good time in college. It takes a lot of time and dedication so you have to be prepared for that. In the end, it all paid off!”

For more from our talented student-athletes and how they balance success in sports and studies in an interview on the following Arcadia Unified Student Podcast: