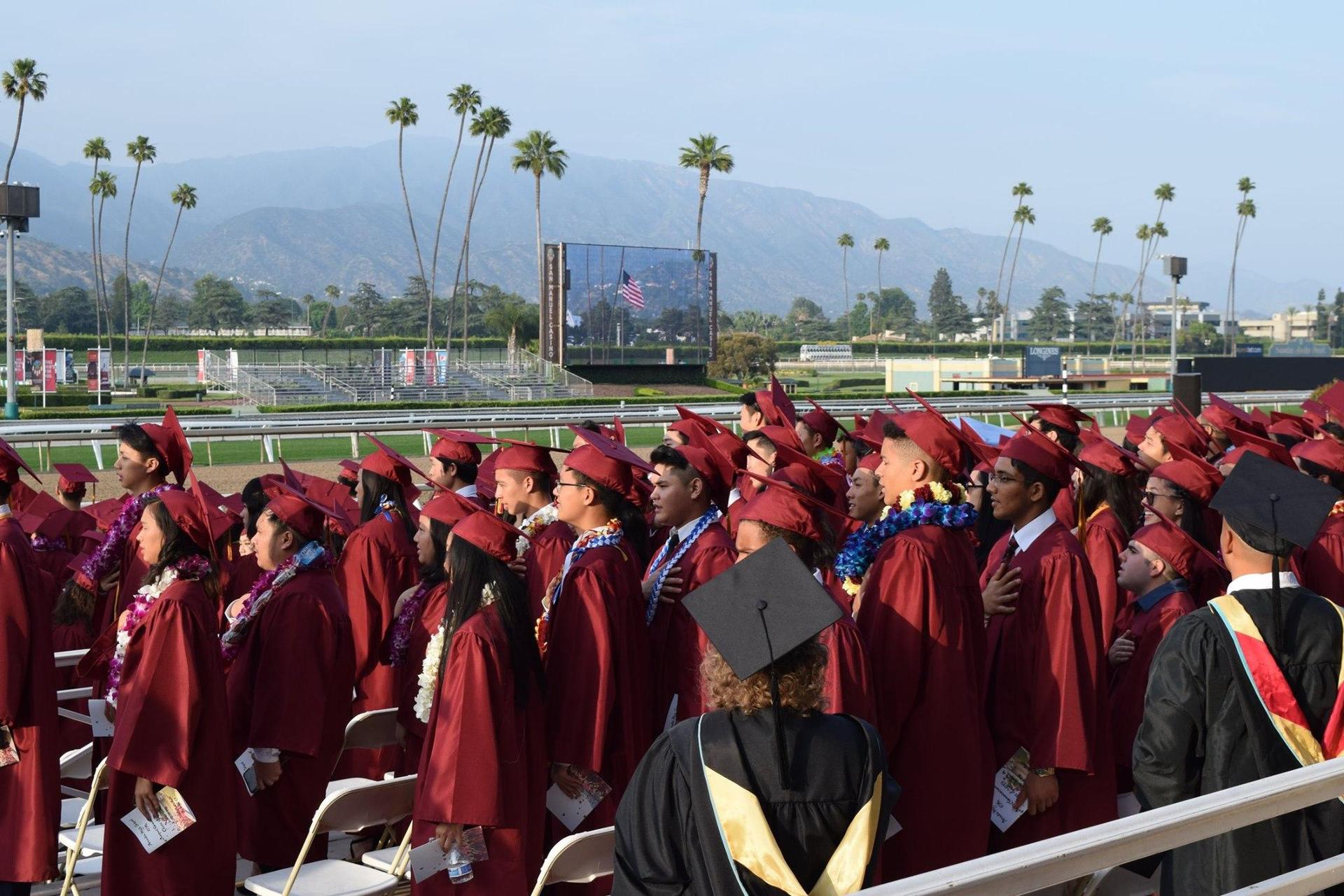 Arcadia High's Class of 2019 beginning its graduation ceremony with a flag salute.

Arcadia High School’s Class of 2019 took center stage at Santa Anita Park with caps and gowns glistening as the sun set over the majestic San Gabriel mountains backdrop Thursday evening. It truly was the golden hour for the Apaches who have much to celebrate after a 13-year journey spanning Kindergarten to high school graduation.


The Arcadia High Class of 2019 is shining bright with 19 students who have been accepted into six different Ivy League Universities (Harvard, Yale, Cornell, Penn, Brown, Dartmouth), three were also accepted to Stanford, two got into MIT, and three more received admission to Caltech. Arcadia High School alumni are currently attending every Ivy League University in the country plus, MIT, Stanford, and Cal Tech. Collectively, the Class of 2019 earned a remarkable $14 million in scholarships and grants. Arcadia High’s graduation rate was 99.5%, which is significantly higher than the national average that falls in the low 80% range.


At the head of the class is Kevin Tan, the Arcadia High School Class of 2019 Valedictorian. Tan is an extraordinary student and individual who will be studying Biochemistry at Harvard on a fully-funded Gates Scholarship from the Bill and Melinda Gates Foundation. 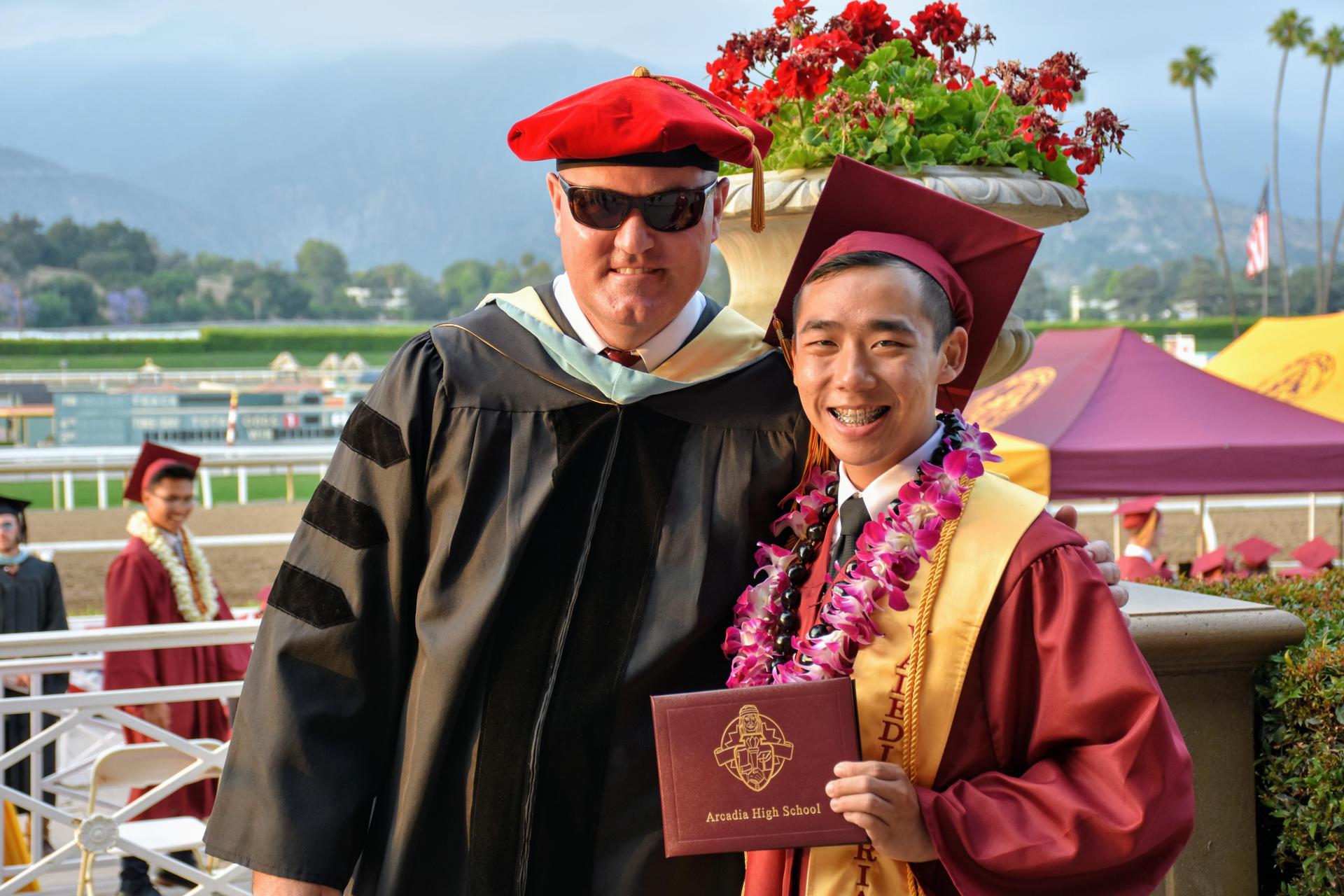 
“One of the great things about Arcadia is that it’s such a big school,” said Tan just prior to taking the stage. “There are so many awesome individuals that surround you every single day, each one of them driven to pursue their own passions, and I think that diversity really makes Arcadia special. With something as amazing as Arcadia, you’re really given the resources to definitely excel. From all the friends, all the faculty at Arcadia, they really do make the high school experience truly magical.”


The Gates Scholarship is one of the most prestigious scholarships awarded in the country. The aim of the scholarship, according to the Gates Millennium Scholarship website, is to ensure that talented, academically achieving students from traditionally underrepresented groups, receive the support, resources, and encouragement to pursue their higher education goals. The scholarship funds both undergraduate and graduate school and offers leadership training, support for wellness, career and job opportunities as well.


This was also the most difficult year to be accepted into Harvard. A record-low 4.5% of applicants received admission to Harvard’s Class of 2023. Meaning, less than 2,000 of the more than 43,000 candidates were accepted. Tan earned straight A’s all the way through middle and high school. That translates into 7 years of studies with 88 straight A grades. In addition to his academic success, he volunteers and gives back to the community, and is a well-respected leader on campus. 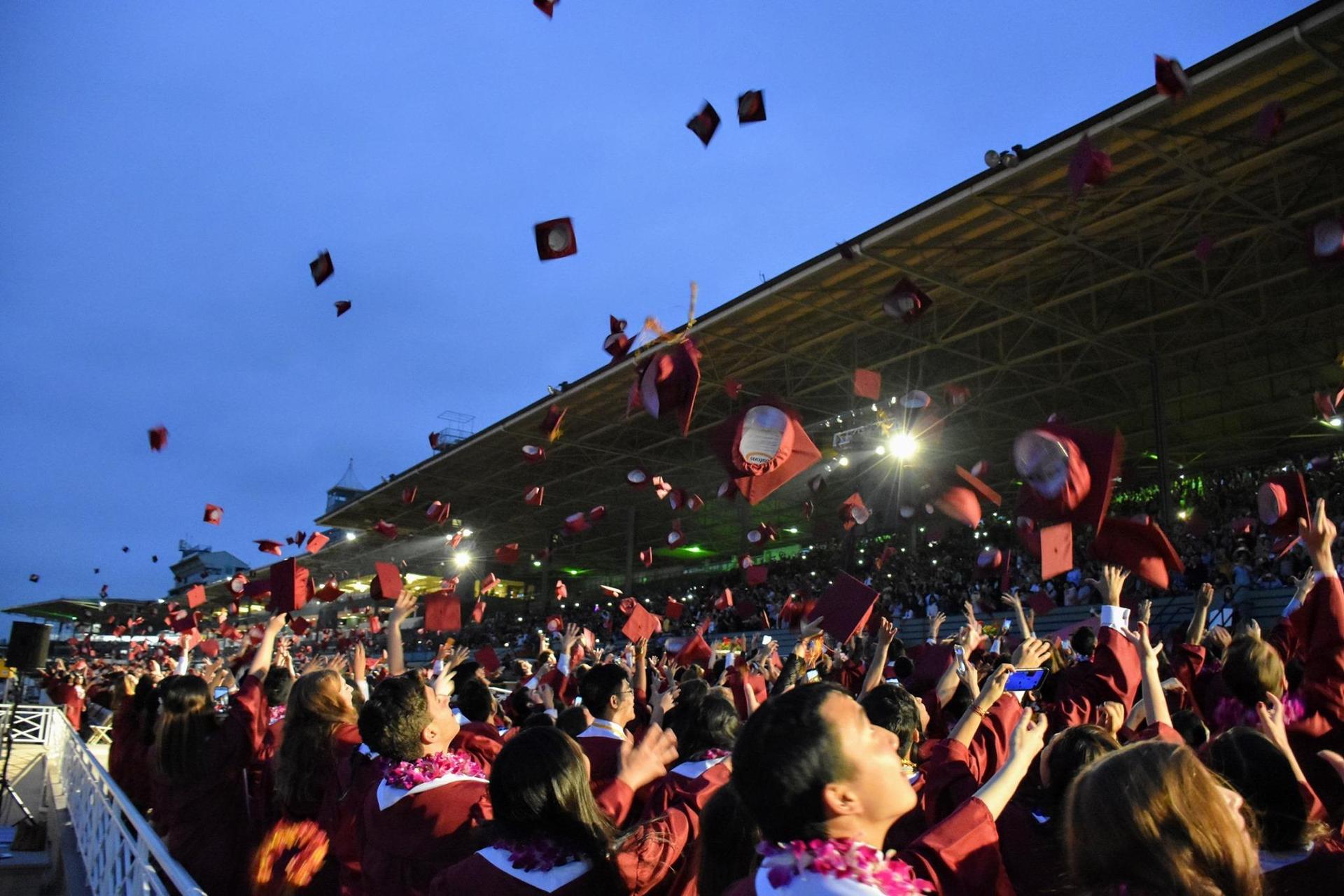 Arcadia High School Class of 2019 By The Numbers:


Links to photo albums from the Class of 2019 Graduation Ceremony: