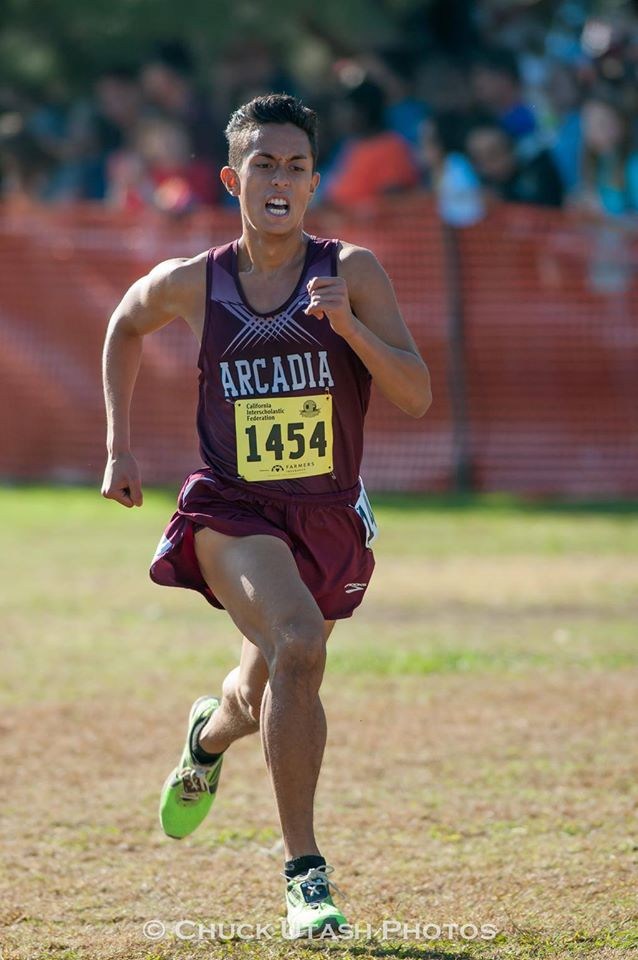 Arcadia High School’s Phillip Rocha ran himself into the record books last Saturday at the CIF Cross Country State Championship Meet in Fresno. The junior broke the tape first in the Division One race with a time of 14:58, the fastest time of the year in California in Division One. Rocha becomes the third Arcadia High runner to win an individual state title for the prestigious program, joining Ammar Moussa and Sergio Gonzalez. He also earned a spot in Saturday’s Nike Cross Nationals in Portland, Oregon.

“Phillip ran a very intelligent and controlled first mile (4:46) before breaking away from the lead pack and hunting down the top two runners during the second mile,” Arcadia High Cross Country Coach Michael Feraco-Eberle said. “He made his move shortly after passing my spot on the big uphill near the end of Mile 2 and never relinquished the lead.”

The Arcadia High School girls team also capped off a historic year over the weekend. It was the first time the Apache girls qualified for the state championship race. Even with a young team led by mostly sophomores, the Arcadia High girls finished sixth in the entire state.