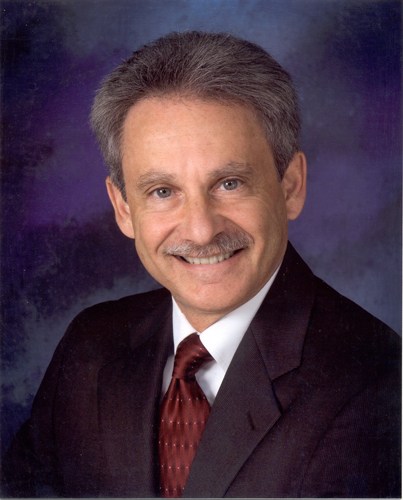 Arcadia Unified School District Superintendent Dr. Joel Shawn has announced that he will be retiring at the end of the school year. Dr. Shawn has been with the high-performing district since 2005, and was named superintendent in the summer of 2008.

“I have been unbelievably fortunate to spend the final nine years of my 36-year career in Arcadia,” said Dr. Shawn. “The teachers and staff of this school district are clearly committed to the youth of Arcadia and are the best educators I have ever worked with. I am exceptionally proud of the work we have done together and believe the future holds continued success and excellence for Arcadia Unified.”

Dr. Shawn led the district through the heart of the worst financial crisis since the Great Depression, yet did not cut a single arts or sports program, and was able to greatly minimize teacher layoffs.

“In 2012, Dr. Shawn worked with the board to campaign for the community’s support of a $228 per parcel tax which generated $35 million for Arcadia schools that cannot be taken away by the state,” said Cung Nguyen, President of the Arcadia Unified School District Board of Education. “The funds were used to retain and attract high-quality teachers, protect academic programs and preserve the marching band and our visual and performing arts programs.”

The first two phases of the $218 million Measure I Facilities Bond, which was passed in 2006, have also been successfully managed on time and under budget thanks to Dr. Shawn’s leadership. Arcadia students, teachers, and staff are now enjoying state-of-the-art classrooms and facilities throughout the district. Upon completion, Measure I will have modernized all ten schools in the district with the latest technology and modern amenities. Measure I was also responsible for the community’s new state-of-the-art 1,200 seat Arcadia Performing Arts Center located on the Arcadia High School campus.

Dr. Shawn’s student-first approach and leadership ability has helped uphold Arcadia Unified’s reputation of being one of the best public school districts in the entire country. Boasting a district-wide 929 on the latest Academic Performance Index (API), and a graduation rate of 99%, AUSD continues to be recognized nationally for many of its academic, arts, and sports programs. Among AUSD’s many prestigious recognitions is a “Gold Medal” rating for Arcadia High School from the U.S. News and World Report’s 2013 National Rankings, for which more than 21,000 public high schools were evaluated.

In this current school year alone, AUSD has three of the top four highest scoring middle schools in Los Angeles County on the Academic Performance Index, including Foothills Middle School, which earned the highest score in the county with an impressive 977. In addition to 22 National Merit Scholarships finalists at Arcadia High School this year, two Arcadia High students grabbed additional headlines with their remarkable test scores. One student earned a perfect score on his AP Calculus BC Exam, while another earned the highest possible score on the ACT Exam. Both rare feats were accomplished by less than one-tenth of one percent of students who took those particular exams.

“While it is extremely difficult for me to imagine my life without coming to AUSD everyday, I am excited to begin my next chapter,” Dr. Shawn added. “I am convinced that our students will lead the world in the years to come, and that our work here has shaped them in ways that will help to guarantee a brighter future for everyone.”