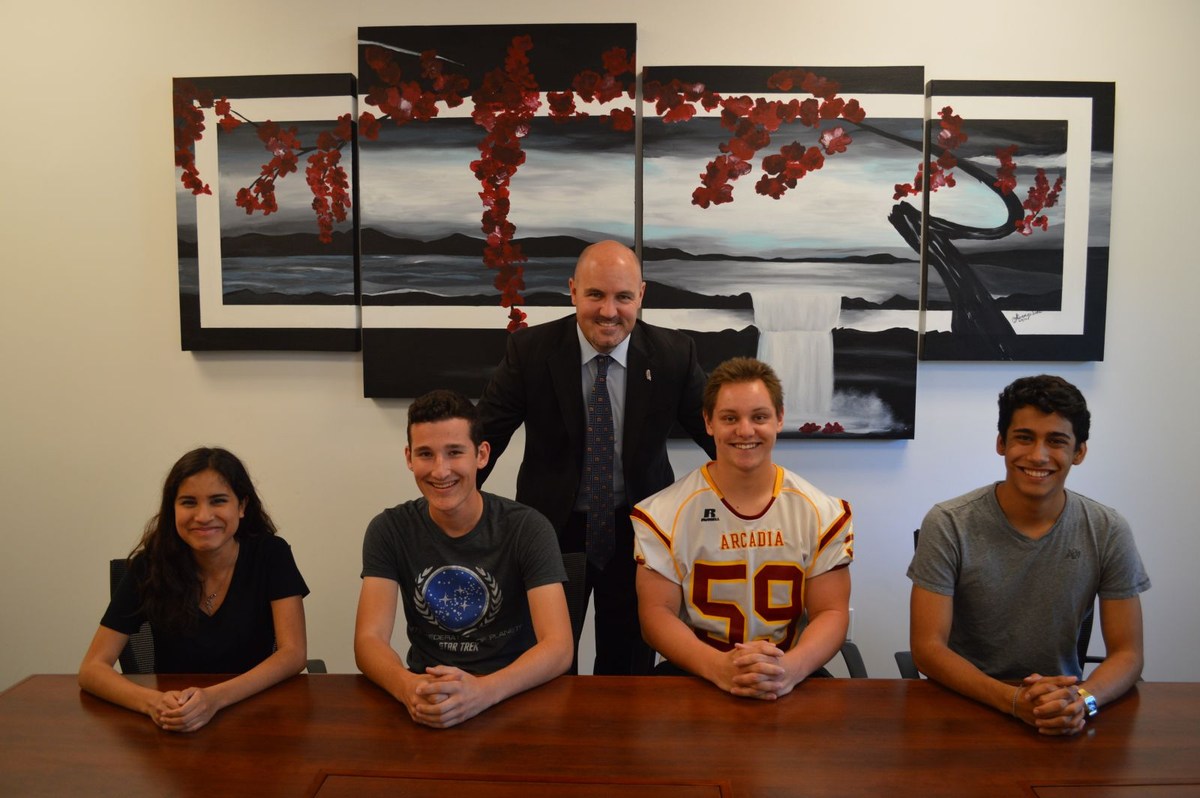 Four Arcadia High School seniors have been honored by the College Board’s National Hispanic Recognition Program for their academic excellence. Eva Molina, Ryan Chavez, Samuel Iovine, and Rafael Gomez-Carrasco received this prestigious distinction from the College Board, which represents the top 2% of eligible students nationwide.

For Ryan Chavez, he and his family are very familiar with this award. His brother Aidan, who graduated from Arcadia High last year and currently attends Harvard University, also was an award recipient. Ryan has a 4.0 grade point average and hopes to attend Pomona College, a private liberal arts college in Claremont, next fall. He is also a member of Arcadia High’s Constitution/Government Team.

Eva Molina is an active member of the History Bowl Team at Arcadia High, and volunteers for WriteGirl. WriteGirl is a creative writing and mentoring organization that promotes creativity, critical thinking, and leadership skills to empower teen girls. Eva hopes to continue her studies at the University of Southern California next year.

A standout on Arcadia High’s football team, Samuel Iovine maintains a 3.95 grade point average. Samuel plays on both the offensive and defensive lines for the Apaches. He plans on applying to Brown University, Yale University, and the University of California, Los Angeles.

Rafael Gomez-Carrasco has a 3.98 grade point average while taking on several extracurricular activities. Rafael is a member of the school’s orchestra program, is on the Constitution/Government Team, and is a member of the Student Council Apache Commission. Rafael hopes to attend Yale University next fall.