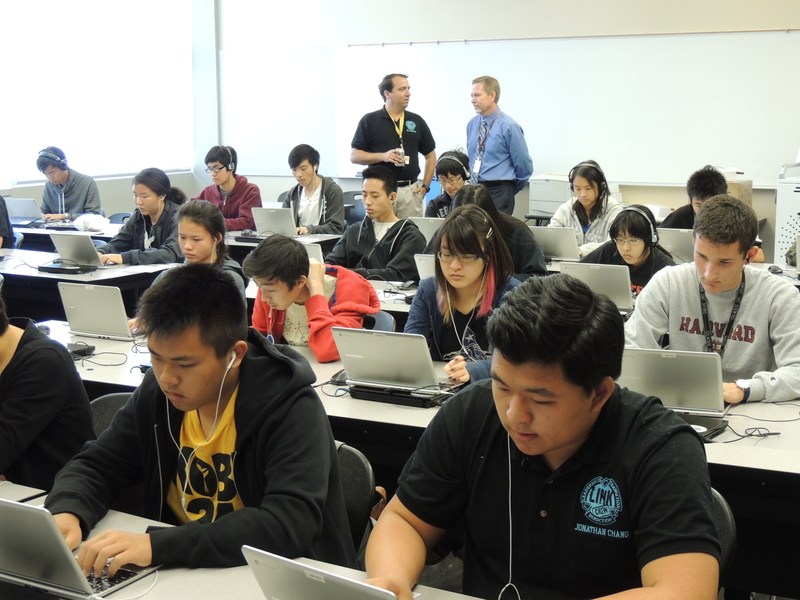 The first year of testing with the Smarter Balanced Assessment, the new standardized state test in California, went well for the Arcadia Unified School District. More than 15,000 tests were administered to approximately 5,000 students. Students in grades 3-8 and 11 were tested in English Language Arts and Math.

“Our administration of the Smarter Balanced Assessment Field Test went very well,” said Scott Bramley, AUSD Director of Technology and Information Services. “The few problems encountered will actually help us better prepare for next year’s testing, and the performance of both the Smarter Balanced infrastructure and ours gives us great confidence going into next year.”

This was the first time that state testing was completed using computers, opposed to the former Standardized Testing and Reporting (STAR) test in years past, which was completed with pencil and paper. The Smarter Balanced Assessment questions are based on the new Common Core State Standards, adopted by 44 states including California, which focuses more on critical thinking and deeper learning skills rather than rote memorization. Arcadia Unified used a combination of desktops, laptops, and Chromebooks for the testing, which includes audio, graphical, short answer, multiple choice, essay, and performance task questions. 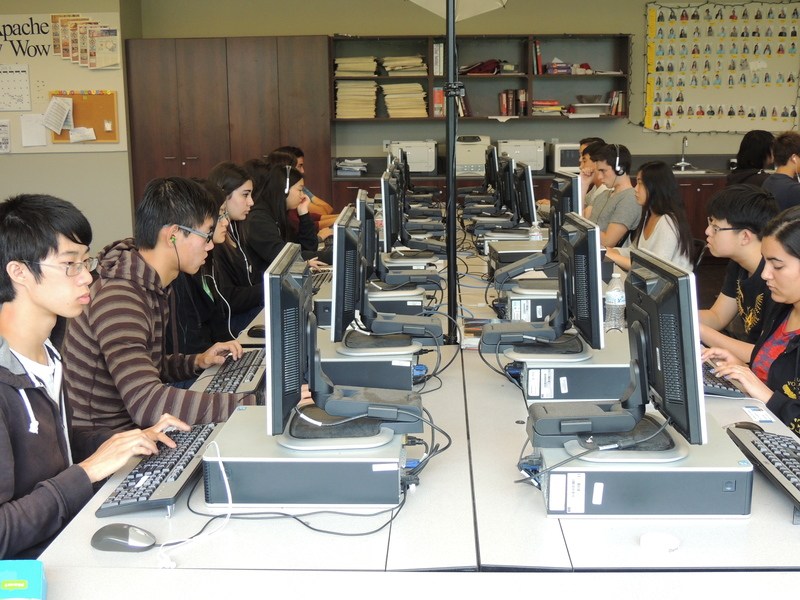 All Arcadia Unified teachers received training before administering the test, and all students who took the test were given time to do a practice test before taking the actual field test. Teachers also had additional support in the classroom during testing from either AUSD Common Core Mentor Coaches, Technology and Information Services staff, or both. Arcadia Unified assembled a team of ten Common Core Mentor Coaches at the beginning of the school year to help with the district’s transition to Common Core.  These coaches also hosted ten parent and community meetings, one at each AUSD school site, which included an interactive lesson and training for parents with the Smarter Balanced Assessment. The meetings were well attended by parents, and videos of the meetings are available on the district’s website and YouTube channel.  The district’s Common Core Mentor Coaches also created a Facebook page where parents, students, and community members can ask questions directly to the coaches, and receive other valuable Common Core information and updates.
“I am really pleased with how our staff worked together and supported each other during the testing, and throughout the entire year as we continue our transition into Common Core,” said Arcadia Unified School District Superintendent David Vannasdall. “It was significant too that our parents took an active role and attended our meetings, and familiarized themselves with Common Core and the new testing model. The additional Common Core funding from the state that was allocated for last year and this upcoming year also proved to be helpful. I’m hoping the state will continue funding Common Core after this year. We strongly believe in Common Core and fully support it, but it’s a big change and the state should continue to provide fiscal support.” 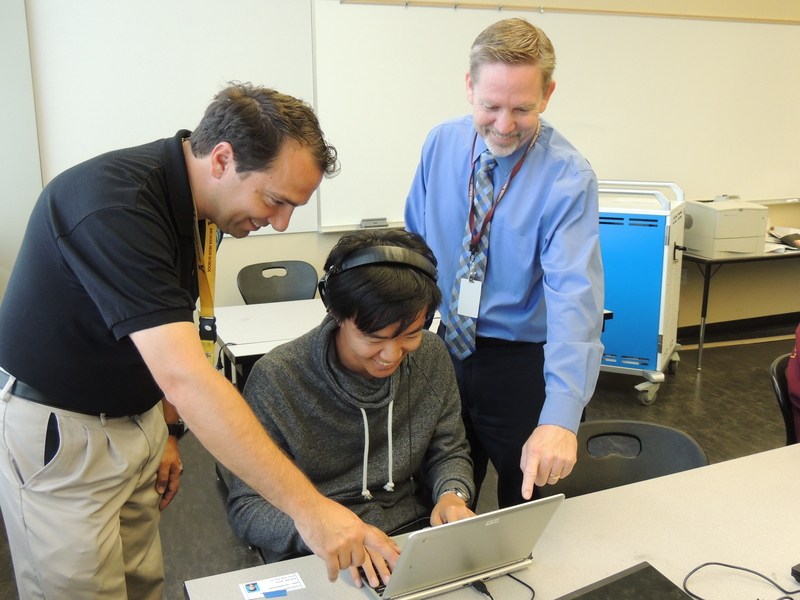 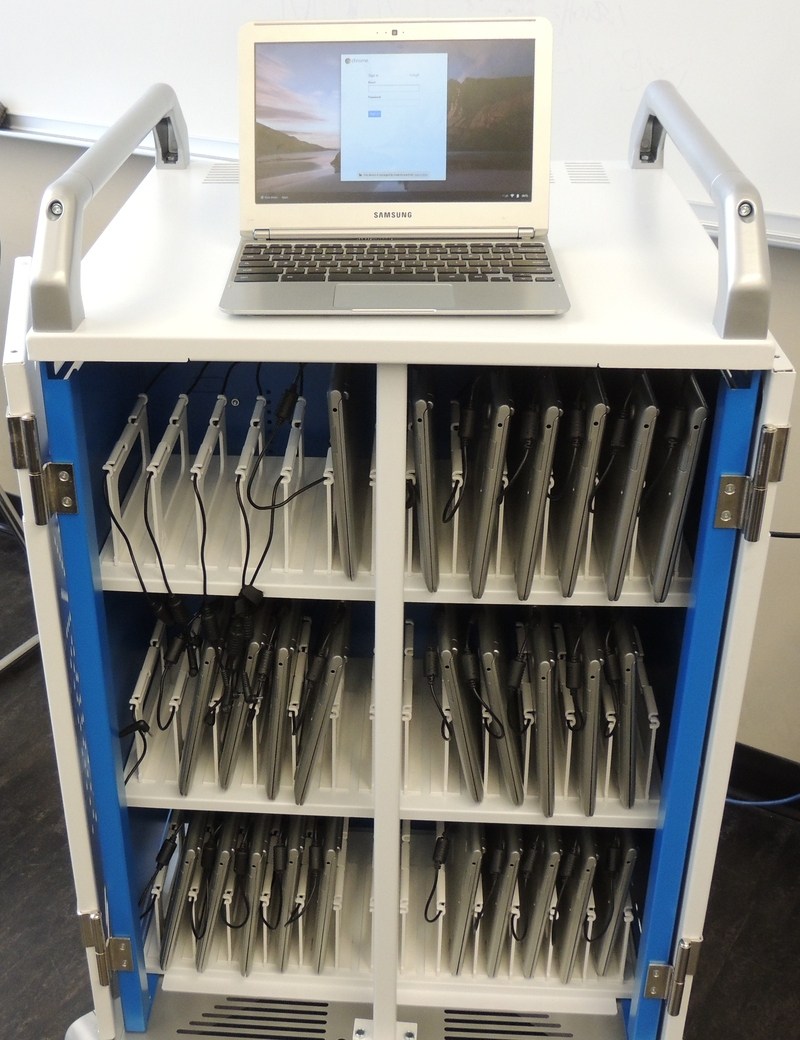 Arcadia Unified will be adding an additional 3,600 Chromebooks this summer to further support its technology in the classroom program, which will also benefit next year’s testing. The additional Chromebooks will provide 100 class sets which will be spread throughout the entire district. Each classroom set will come with a security management system,  new printer, and a charging cart. Infrastructure upgrades will also be made to increase bandwidth and connection speeds at all schools.  The district is also adding seven Common Core Collaboration Days next year, which will allow teachers and staff to come together for professional development and to share and create Common Core curriculum. This time for teachers to collaborate will ensure students are receiving the most effective teaching and learning strategies that will better educate and prepare them with the 21st century skills needed for success.
The results for this year’s pilot test will not be released or used to evaluate schools or districts. This year’s Smarter Balanced Assessment was done to familiarize students and staff with the new test, and to correct any issues before next year’s full implementation. More than 3 million students throughout California took the Smarter Balanced Assessment Field Test before the end of the school year.